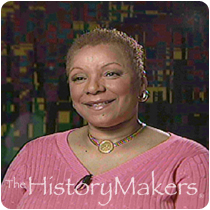 See how Audrey Lavinia Smaltz is related to other HistoryMakers

In 1962, Smaltz worked as a model and salesperson at Bloomingdale’s and she became an assistant fashion coordinator for the store in 1964. Hired by Lane Bryant Clothing in 1965, she worked as a model and buyer and also as a fashion coordinator. Moving to Chicago in 1969, Smaltz joined the Ebony Fashion Fair in 1970 as a commentator and fashion editor. In 1977, Smaltz organized her Ground Crew team, a backstage management group which has staffed many fashion shows including those by Vera Wang, Giorgio Armani, Betsey Johnson, Oscar de la Renta, Bill Blass, Alice Roi, Michael Kors, Luca Luca, Nanette Lepore, Tommy Hilfiger, Kenneth Cole and Ralph Rucci. Smaltz has also worked with corporations like Nike, Vogue, Saks Fifth Avenue, Macy’s, and J. Crew.

A contributing editor to Vogue, Mirabella and Mode magazines, Smaltz appears frequently on QVC and the Oprah Winfrey Show. She is a board member of the Black Fashion Museum, Dress for Success, the Gracie Mansion Conservancy and Fashion Group International.

See how Audrey Lavinia Smaltz is related to other HistoryMakers
Click Here To Explore The Archive Today!