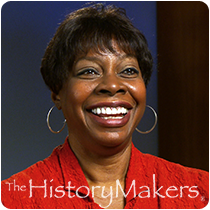 See how Audrey Edwards is related to other HistoryMakers
Donate Now

In 1970, Edwards began her career at Redbook magazine as an associate editor in the fiction department. She served for one year as editor of Community New Service, a black and Puerto Rican news service in 1974. Then, in 1975, Edwards went to Fairchild Publications where she was hired as a news reporter for the trade paper, Supermarket News, and was then promoted to the promotions news editor position. In 1977, Edwards joined Black Enterprise magazine as an associate editor, but left in 1978 to become a senior editor at Family Circle magazine. Edwards was named executive editor of Essence magazine in 1981, and was promoted to the position of editor two years later. She left Essence in 1986 to open a real estate brokerage firm, Plaza Properties, but continued to write for the magazine as a contributing editor/writer. In 1990, she returned to Black Enterprise magazine as executive editor and vice president of editorial operations, while continuing to run her real estate business. In 1998, Edwards became a senior editor at More magazine.

In 2008, after successfully running her real estate company for twenty-two years, Edwards joined the real estate firm of Brown Harris Stevens as an associate broker. In addition, Edwards has served as an adjunct professor of magazine writing and magazine editing at the Graduate School of Journalism at Columbia University and New York University, respectively.

Edwards has consistently freelanced as a journalist, and her work has appeared in numerous publications including Vibe, the New York Times Sunday Magazine, the Columbia Journalism Review, Essence, More, Redbook, Ladies Home Journal, Glamour and Black Enterprise. Edwards has also authored several books including, Children of the Dream: The Psychology of Black Success, published by Doubleday in 1992, and co-written with Dr. Craig Polite. Her latest work is a collaboration with Edward Lewis, co-founder, CEO and publisher of Essence magazine, on his business memoir, The Man From Essence: Creating a Magazine for Black Women, to be published by Atria Books (Simon & Schuster) in 2014.

Edwards’ professional affiliations include membership in the New York Association of Black Journalists (NYABJ), The National Association of Black Journalists (NABJ) and the Real Estate Board of New York (REBNY). She served as a regional director of NABJ from 1981 to 1983, and was the program co-chair for the NABJ Annual Convention held in New York in 1989. In 1992, Edwards received an NYABJ Excellence Award for Magazine Feature Writing.

Audrey Edwards was interviewed by The HistoryMakers on December 12, 2013.

See how Audrey Edwards is related to other HistoryMakers
Donate Now
Click Here To Explore The Archive Today!