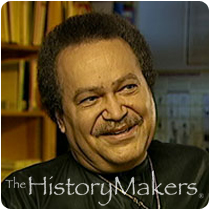 See how Asa Hilliard, III is related to other HistoryMakers

After earning his bachelor’s in psychology, Hilliard began teaching in the Denver Public School system, where he remained until 1960; that year, he began as a teaching fellow at the University of Denver, where he remained until he earned his Ph.D. Joining the faculty at San Francisco State University in 1963, Hilliard spent the next eighteen years there. While at San Francisco State, Hilliard first became department chairman, then went on to spend his final eight years as dean of education. Hilliard also served as a consultant to the Peace Corps and as superintendent of schools in Monrovia, Liberia, for two years. Departing from San Francisco State, Hilliard became a professor at Georgia State University; he served as the Fuller E. Callaway Professor of Urban Education, serving in both the Department of Educational Policy Studies and the Department of Educational Psychology and Special Education.

Hilliard was a founding member of the Association for the Study of Classical African Civilizations and served as vice president. He served as an expert witness in court testimony on several federal cases regarding test validity and bias, and was the co-developer of an educational television series, Free Your Mind, Return to the Source: African Origins. Hilliard wrote hundreds of articles on a wide variety of topics, including ancient African history, teaching strategies, and public policy. Hilliard was the recipient of the Outstanding Scholarship Award from the Association of Black Psychologists; a Knight Commander of the Human Order of the African Redemption; and the Distinguished Leadership Award from the Association of Teachers of Education.

See how Asa Hilliard, III is related to other HistoryMakers
Click Here To Explore The Archive Today!