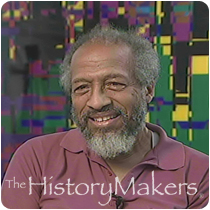 A director and actor who has appeared regularly on and off Broadway and in movies and television for more than forty years, Arthur Wellesley French, Jr. was born in New York City to Arthur Wellesley French and Ursilla Idonia Ollivierre. Educated at Brooklyn College, French worked for the New York City Department of Social Services before he began studying the Strasberg technique with Peggy Feury and acting in community theatre. He also studied with Maxwell Glanville, the founder of the Dramatic Workshop, as well as performing street plays in Harlem for Amiri Baraka's Black Arts Repertory Theater. A role in an off-Broadway satirical play, Raisin' Hell in the Son at the Provincetown Playhouse, launched his career as a professional actor.

In 1965, French appeared in Douglas Turner Ward's Day of Absence, out of which the Negro Ensemble Company evolved in 1967, producing professional theatre using Black artists, performers, writers, directors, actors, and craftspeople. During his career, French has performed in plays by Lonne Elder III, Ron Milner and August Wilson; a list which, including Ward, encompasses many contemporary African American playwrights. While French’s broad body of work in theatre includes acting in everything from Death of a Salesman with George C. Scott and Shakespeare’s King Lear to Melvin van Peebles' Ain't Supposed to Die a Natural Death, he has also appeared in films including Malcolm X, Crooklyn, Car Wash, Round Midnight, Kinsey, and on television programs such as Law and Order, as well as in commercials. He has directed, among others, the South African playwright Lungelo Mvusi's Just Won't; Marjorie Elliott's Branches from the Same Tree; Clifford Mason's Two Bourgeois Blacks; George Bernard Shaw's The Village Wooing; Steve Carter's One Last Look; Rudy Gray's Chameleon; Estelle Ritchie's Love You to Pieces and Wole Soyinka's Strong Breed for which he garnered two Audience Development Committee (AUDELCO) nominations.

Along with the Audience Development Committee nominations and much critical acclaim, French won the Obie for Sustained Excellence of Performance in 1997. French currently teaches acting at Herbert Berghof (HB) Studio in New York as he continues to direct and to act on stage and in film.

See how Arthur Wellesley French is related to other HistoryMakers
Donate Now
Click Here To Explore The Archive Today!