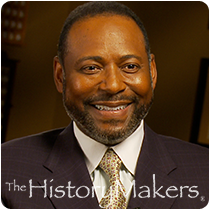 See how Art Fennell is related to other HistoryMakers
Donate Now

Broadcast journalist Art Fennell was born and raised in Bennettsville, South Carolina. One of twelve children, he graduated from South Carolina State University with a communications degree.

Fennell began his broadcasting career as a radio announcer in Orangeburg, South Carolina. He went on to work in on-air positions at The South Carolina Educational Television Network; WBTW-TV in Florence, South Carolina; WCBD-TV in Charleston, South Carolina; WSAV-TV in Savannah, Georgia and WAVY-TV in Portsmouth, Virginia. Fennell then moved to WCAU NBC-10 in Philadelphia, Pennsylvania, where he served in various roles, including as anchor, reporter, host and producer. He was subsequently named principal anchor and managing editor for CN8 News on the Comcast Network based in Philadelphia, and hosted the nightly 7 p.m. and 10 p.m. newscasts. From 2006 to 2014, CN8-TV aired “Art Fennell Reports,” where Fennell was executive producer and anchor.

Fennell has also served on special assignments for TV-ONE and led the network’s live national coverage of “The Michael Jackson Memorial” from Los Angeles, “The Democratic National Convention” from Denver, “Election Night 2008” from Chicago, and the historic “Inauguration of President Barack Obama” from Washington, DC. In addition, he taught as an adjunct communications professor at Delaware State University.

Throughout his career, Fennell has been honored with more than seventy-five awards, including the prestigious Vanguard Award presented by the Philadelphia Association of Black Journalists. He also received the 2009 “Journalist of The Year Award” for his work in the Philadelphia region and the 2006 Emmy Award for “Outstanding News Anchor” in the Mid-Atlantic region.

Art Fennell was interviewed by The HistoryMakers on June 12, 2014.

See how Art Fennell is related to other HistoryMakers
Donate Now
Click Here To Explore The Archive Today!