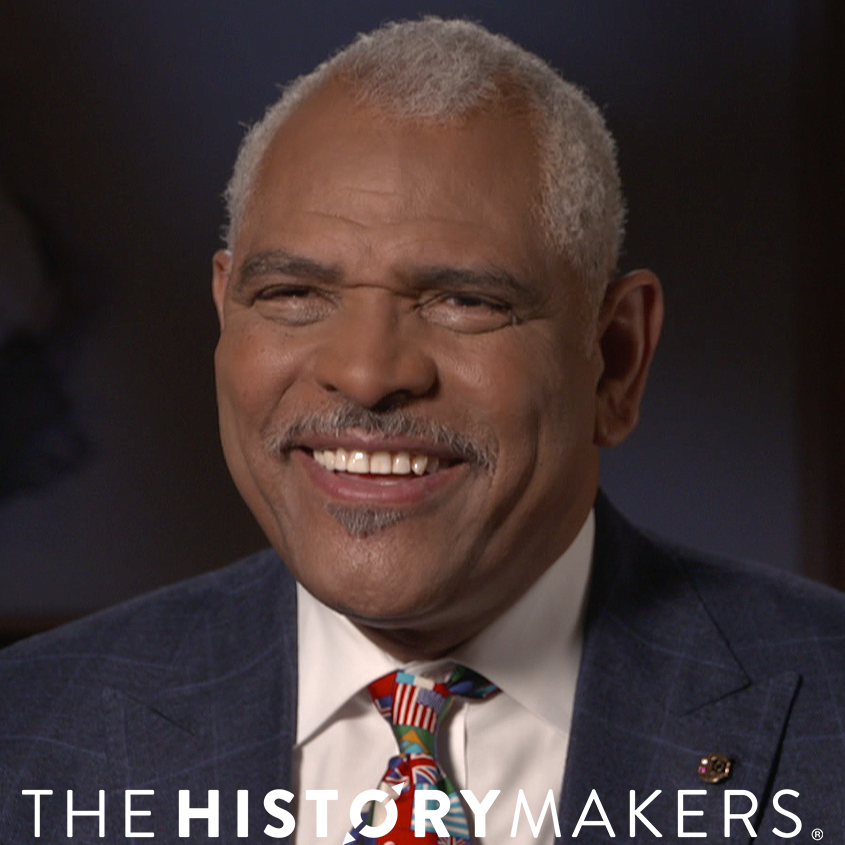 See how Arnold Donald is related to other HistoryMakers
Donate Now

Chief executive officer Arnold W. Donald was born on December 17, 1954 in New Orleans, Louisiana. He recieved his B.A. degree in economics from Carleton College in 1976 in Northfield, Minnesota, his B.S. degree in mechanical engineering from Washington University in St. Louis in 1977, and his M.B.A. degree from the University of Chicago Graduate School of Business in 1980.

Donald began his career in 1976, while still a student at Washington University in St. Louis, working as a summer employee in market research at the agrochemical and agricultural biotechnology corporation Monsanto. He would serve in various positions over his 23 year tenure with the company, entering management in 1986 when he became general manager. From 1988 to 1993, Donald headed the Monsanto Lawn and Garden business, where he was credited for a fivefold increase in unit revenues from $40 million to $200 million in retail dollars. In 1993, he was named group vice president for North America and expanded his responsibilities one year later to include Latin America. In 1995, Donald was appointed to head Monsanto’s Crop Protection Unit, where he directed the company’s worldwide crop business, led the development, production, and marketing of herbicides, and some of the company’s early biotech offerings. In 1997, he was named co-president of the Monsanto Company’s newly reorganized agriculture sector. Donald served as both corporate senior vice president of Monsanto Company and president of its nutrition and consumer sector from 1998 to 2000. He joined a group of investors in 2000 who bought the company's Equal sugar substitute division to form Merisant, where he served as company CEO from 2000 to 2003, and chairman of the board from 2000 to his retirement from Merisant in 2005. From 2006 to 2008, Donald served as president and chief executive officer of the Juvenile Diabetes Research Foundation International. He became president and chief executive officer of The Executive Leadership Council in 2010, serving until 2012. The following year, Donald was named president and chief executive officer of Carnival Corporation. He had served on the board of Carnival Plc. and Carnival Corporation since 2001.
Donald has served as an independent director of Crown Holdings, Inc. from 1999 until 2019. He was also a director of Oil-Dri Corporation of America from 1997 to 2013, and of the Laclede Group, Inc. from 2003 to 2014. Donald has served as an independent director at Russell Brands, LLC since 2004. Other board memberships include Bank of America Corporation, Bank of America California, National Association, Cruise Lines International Association, Inc. where he was global chair, director of BJC Health System, Inc., Global Velocity, Inc., DHR International, Inc., Donald Danforth Plant Science Center, and Dillard University.

In 1997, Donald was named Black Enterprise Magazine’s Executive of the Year.

Arnold W. Donald was interviewed by The HistoryMakers on May 15, 2019.

See how Arnold Donald is related to other HistoryMakers
Donate Now