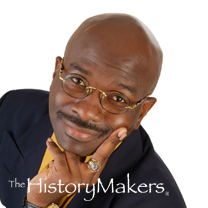 See how Armstrong Williams is related to other HistoryMakers

Broadcast executive Armstrong Williams was born on February 5, 1959, in Marion, South Carolina. Williams was raised with his nine siblings on a 200-acre tobacco farm in South Carolina. He received his B.S. degree in political science and economics from South Carolina State University in 1981 and was mentored by former Senator Strom Thurmond as a legislative aide. From 1982 to 1986, Williams worked as a confidential assistant to the chairman of the U.S. Equal Employment Opportunity Commission, Clarence Thomas, before moving into the field of public relations. He worked as a vice president for governmental and international affairs with B&C Associates before launching the Graham Williams Group in 1991.

Williams first made waves during the controversy surrounding the appointment of Thomas to the Supreme Court. His columns defending his former boss were reprinted in newspapers around the country, marking Williams' debut as a media personality. Since then, he has written weekly syndicated columns that have appeared in over 300 newspapers across the nation, including the Washington Times and New York Amsterdam News. In 1991, Williams got his first radio show, and by 1995 The Right Side with Armstrong Williams achieved national distribution. That same year he published a successful book, Beyond Blame: How We Can Succeed By Breaking the Dependency Barrier. Williams has also hosted a political talk show, The Armstrong Williams Show, which airs on Sirius XM 126 Urban View satellite radio.

From 2001 to 2003, Williams served as the chief operating officer of Renaissance TV Cable Network, where he managed staff, programming, advertising and developing prime-time specials. He also founded, and serves as manager of Howard Stirk Holdings, a company which owns two broadcast stations: WWMBCW21 in Myrtle Beach, South Carolina and WEYINBC25 in Flint, Michigan. In addition, Williams is Dr. Benjamin Carson’s business manager; executive editor of American CurrentSee Magazine; and is a partner in Chateau EZ in the South of France, the Sonnet Hotel in Mallorca, Spain, and Casa De La Brisa in Mexico.

A lifelong member of the Phi Beta Sigma Fraternity, Williams has served on the boards of Childhelp USA, The Washington Afro-American Newspaper, the Presidential Commission on White House Fellows, Independence Federal S&L Bank, the Ben & Candy Carson Scholarship Fund, and NEWSMAX. Talkers Magazine has named him one of the 100 most important radio talk show hosts in America.

Armstrong Williams was interviewed by The HistoryMakers on July 29, 2003.

See how Armstrong Williams is related to other HistoryMakers
Click Here To Explore The Archive Today!