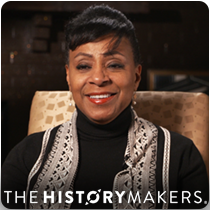 See how Argelia Rodriguez is related to other HistoryMakers
Donate Now

Nonprofit executive Argelia Rodriguez was born on May 12, 1959 in Havana, Cuba to Argelia Velez-Rodriguez and Raul Rodriguez. In 1962, Rodriguez immigrated to the United States with her mother and brother, Raul Rodriguez, Jr. After graduating from the Ursuline Sisters Academy in Dallas, Texas in 1976, Rodriguez went on to receive her B.S. degree from Stanford University in 1980, and her M.B.A. degree from the Harvard Business School in 1984.

In 1980, Rodriguez worked for the International Business Machines Corporation (IBM) as an engineer and later for Texas Instruments, Inc. She then was hired by Booz Allen Hamilton, Inc. in New York City, where she worked on strategic planning technology and mergers and acquisitions. After Rodriguez received her M.B.A. degree in 1984, she returned to Booz Allen Hamilton, before starting her own independent consulting firm in Washington, D.C. There, she worked for the District of Columbia Public Schools to increase STEM education among minority students. In 1997, Rodriguez served as the deputy director of product marketing and educational outreach for President Bill Clinton for the 1997 Presidential Inauguration. Then, in 1999, Rodriguez was appointed president of the D.C. College Access Program (DC-CAP), which partnered with D.C. schools to provide counseling and financial assistance to underserved students in the D.C. area. In 2007, Rodriguez launched the Alpha Leadership Program (ALP) for DC-CAP, an initiative that relies on community volunteers who serve as mentors to young men in five D.C. public and charter high schools. The following year, DC-CAP held their first annual DC-Capital Stars Gala Competition which showcased the artistic abilities of college-bound students from the D.C. area.

Argelia Rodriguez was interviewed by The HistoryMakers on January 21, 2019.

See how Argelia Rodriguez is related to other HistoryMakers
Donate Now