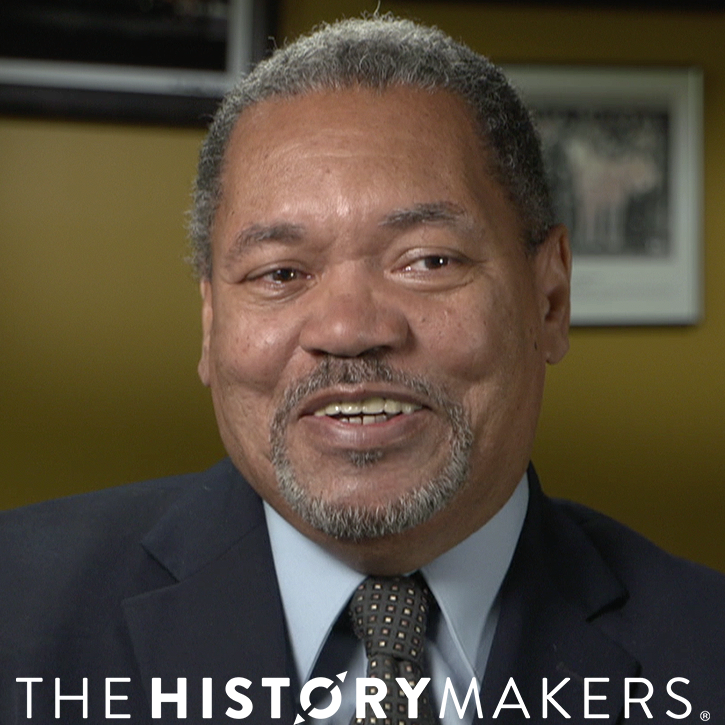 See how Antonio Dickey is related to other HistoryMakers
Donate Now

Photographer Antonio Dickey was born on July 6, 1955, in Chicago, Illinois, to Ceasar and Josephine Dickey. He attended Holy Angels Catholic Elementary School and St. Leo the Great Catholic School, graduating in 1966 and 1969. He went on to attend high school at De LaSalle Institute in Chicago, graduating in 1973. Later, Dickey attended Columbia College Chicago and Kennedy-King College in Chicago, where he studied photography and business.

Dickey began his career freelance photography career working with the photo bureaus United Press International and Associated Press. Covering sports and breaking news, he was also a stringer for the Chicago Sun-Times and the Chicago Tribune. From 1978 to 1980, he served as principal photographer and photo editor for the Chicago Daily Defender newspaper, where he covered news and sports. Dickey served as campaign photographer for the Harold Washington mayoral election team from 1982 to 1983. In 1983, he was named the official photographer for Harold Washington, the first African American to be elected mayor of the City of Chicago. He served in this role for four years, through 1987, when he was appointed chief mayoral photographer for the City of Chicago. In that capacity, Dickey served for the subsequent administrations of Eugene Sawyer, the second African American to serve as mayor of Chicago from 1987 to 1989, and six terms for Richard M. Daley, from 1989 to 2011. During his career, Dickey also photographed well-known figures including heads of state President Bill Clinton, President Barack Obama, South African President Nelson Mandela and China’s President Hu Jintao. Additionally, he covered a range of key events such as the National Basketball Association’s Chicago Bulls’ six championships, the National Hockey League’s Chicago Blackhawks’ Championships, the Chicago Marathon and several Democratic National Conventions.

Dickey’s photographic works are on permanent exhibit at the Smithsonian National Museum of African American History and Culture and the Harold Washington Library in Chicago. He has been a member of the City Club of Chicago, the City of Chicago Alumni Network, and the National Association of Black Journalists (NABJ). Dickey received industry recognition for his work including the Best Photo of the Month Award from the Illinois Press Photographers Association in 1978, and the National Newspaper Publishers Association (NNPA) Best Photo of the Year Award in 1980.

Antonio Dickey was interviewed by The HistoryMakers on July 9, 2019.

See how Antonio Dickey is related to other HistoryMakers
Donate Now