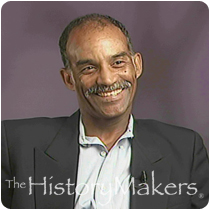 See how Anthony "Tony" Preston Burroughs is related to other HistoryMakers

African American genealogist Anthony Preston “Tony” Burroughs was born on November 23, 1948 in Chicago, Illinois. Burroughs can trace his ancestors seven generations on his mother’s (Mary E. G. Burroughs) side of the family. His father, Elmer Burroughs, is the son of Asa Morris Burroughs, who was president of the Cook County Bar Association in 1928. Burroughs attended A.O. Sexton and Ambrose E. Burnside Elementary Schools; Frank L. Gillespie Upper Grade Center and graduated from Harlan High School in 1966. At Southern Illinois University, Burroughs, an African American Studies major, joined the Black Student Union. He met Alex Haley in 1969 and was influenced by, Roots. During the early 1970s, Burroughs studied at the Center for Black Education in Washington, D.C. and Malcolm X Liberation University in Greensboro, North Carolina. Burroughs served as a staff member of Our House Community School in Milwaukee.

On Thanksgiving Day of 1975, Burroughs started tracing his own family tree and joined the Chicago Genealogical Society. In 1977, Burroughs attended a three-week genealogy institute sponsored by the National Archives in Washington, D.C., where he was mentored by pioneer black archivist, James Dent Walker (1928-1993). Meanwhile, Burroughs worked as both a physical education teacher at Francis W. Parker School and a commodities trader. Genealogy became Burroughs’ full-time occupation in 1990 when he started teaching it at Chicago State University. Burroughs, a graduate of the National Institute of Genealogical Research in Washington, D.C. and the Institute of Genealogy and History at Samford University in Birmingham, Alabama, was elected president of the Afro-American Genealogical and Historical Society of Chicago in 1991.

Burroughs has been quoted and featured in periodicals like Time; People; the New York Times; the Wall Street Journal; the Chicago Defender; and the Chicago Sun-Times. In 1996, he received the Distinguished Service Award from the National Genealogical Society and co-authored the African-American Genealogical Sourcebook in 1995 and Black Roots in 2001. Lecturing widely in the United States and Canada, Burroughs made his television debut in the PBS series Ancestors in 1997, and six episodes of the sequel in 2000. In 2005, Burroughs assumed the role of lead investigator for the BBC production of The Real Family of Jesus for the Discovery Channel, which took him to three continents.

Burroughs was interviewed by The HistoryMakers on July 19, 2005.

See how Anthony "Tony" Preston Burroughs is related to other HistoryMakers
Click Here To Explore The Archive Today!