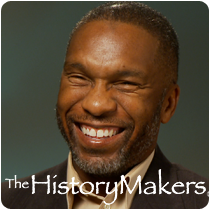 Marathoner Anthony R. Reed was born in St. Louis, Missouri on July 2, 1955. At the age of eight, Reed was diagnosed with a pre-diabetic condition. He graduated from John Burroughs High School in St. Louis, Missouri in 1973. Reed graduated from Webster University with his B.A. degrees in mathematics and business management in 1978. After enrolling at Abilene Christian University in Dallas, Reed received his M.B.A. degree in business administration in 1982. He went on to earn his M.S. degree in accounting and his certification in supply chain management from the University of Texas at Dallas in 1992 and 2008, respectively. Reed is a Certified Public Accountant and certified Project Management Professional.

In 1977, Reed began his professional career as a computer programmer. He moved from St. Louis to the Dallas-Ft. Worth area in 1978, and worked in IT management and executive positions for various Dallas-based organizations. In these roles, Reed was responsible for overseeing US or worldwide information technology applications. As an adjunct professor, Reed taught management, IT, accounting, and project management courses; and has authored over fifty books and articles. Since 1994, he has managed his own international accounting and project management consulting firm, Anthony R. Reed, CPA P.C. In addition to his academic and professional achievements, Reed is an accomplished marathoner. He began long-distance running in 1975 to combat his pre-diabetic condition. Reed, a certified running coach, is the first African American to compete in marathons (26.2 miles/42.2K) on all seven continents, including Antarctica. He also completed over one-hundred and twenty marathons in forty-eight states, and won trophies in various age groups and weight divisions. Reed is also on the Dallas (formerly White Rock) Marathon board of directors.

Reed’s published memoir is Running Shoes Are Cheaper than Insulin: Marathon Adventures on All Seven Continents. Additionally, he has written for publications such as Runner’s World and Computerworld. Reed has been featured in Southern Living, Ebony, the Journal of Accountancy, the Black MBA Magazine, and Runner’s World, among others.

In 2004, Reed, along with Charlotte Simmons-Foster, co-founded the National Black Marathoners Association (NBMA), which is the nation’s largest not-for-profit organization that promotes distance running in the Black community. Reed is a charter member of the Black Data Processing Association’s (BDPA) Dallas Chapter and was active in the National Association of Black Accountants (NABA). Reed has worked as a professional speaker for corporations, educational institutions, and professional organizations and was a member of the National Speakers Association. Reed is a member of Transforming Life Christian Church, where his wife, Deborah, is a minister.

Anthony R. Reed was interviewed by The HistoryMakers on January 28, 2013.