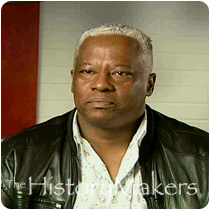 See how Anthony R. Chase is related to other HistoryMakers
Donate Now

CEO of ChaseSource LP and Chase Radio Partners Anthony Ray Chase was born on March 17, 1955, in Houston, Texas, to architect John Saunders Chase and teacher Drucie Chase. As a youth, Chase was a high achiever, a Boy Scout and eventually earned the status of Eagle Scout. He attended Lockhart Elementary School and graduated as class valedictorian. He was then recruited as one of the first African Americans to attend Episcopal High School in Alexandria, Virginia.

In 1977, Chase graduated with honors from Harvard University with his B.A. degree in economics and government. Then, in 1981, he earned his M.B.A. and his J.D. degree from Harvard Law School. Upon graduation, Chase returned to Houston and was hired at the investment banking firm of Rotan Mosley. He then moved to New York City where he worked for the investment firm of Donaldson, Lufkin and Jenrette, advising telecommunications and broadcast companies.

In 1990, Chase began teaching communications law and contracts at the University of Houston Law Center, where he has since been awarded tenure. In 1992, he purchased the Dallas-based radio station, KGGR, creating a black gospel radio network. Chase continued to purchase radio stations with formats ranging from country to rap in Texas, Louisiana and California. He then formed an alliance with Clear Channel Communications in San Antonio, Texas. Then, in 1992, Texas Governor Bill Clements appointed Chase to the Board of Regents at Texas Southern University.

Chase went on to found Chase Telecommunications in 1994. However, after three years in the wireless phone industry, he decided to sell his company to a Qualcomm affiliate in 1997. A year later, Chase started Chase Com and began providing both residential and business telecommunications services. Chase Com partnered with SBC Communications and became one of the first agents to offer SBC products and services nationwide. Later, in 1998, in an effort to bridge the digital divide, Chase co-founded the Telecom Opportunity Institute with SBC Communications. In 2000, he became the chief executive officer of Chase Radio Partners. The next year, he co-founded ChaseSource LP to manage the rapidly growing Staffing Solutions Division of ChaseCom. In 2007, ChaseCom was sold to AT&T. Chase is lead director on the board of Cornell, Companies, Inc.; and serves on the boards of Western Gas Partners, LP; Texas Medical Center; and Northern Trust Bank of Texas. He is Vice Chairman of the Federal Reserve Bank of Dallas.

Chase has received numerous awards and recognitions including: The Ernst and Young Entrepreneur of the Year, Businessman of the Year Award conferred by the Business and Professional Men’s Club, the Lamont Godwin National Achievement Award from the Rainbow PUSH Coalition, Outstanding Young Businessman Award from Texas Business Magazine, and Bank of America’s Pinnacle Award.

See how Anthony R. Chase is related to other HistoryMakers
Donate Now
Click Here To Explore The Archive Today!