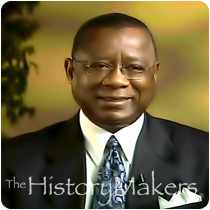 See how Anthony G. Wagner is related to other HistoryMakers

Health care administrator Anthony Gerald Wagner was born on June 7, 1942, in Alton, Illinois, to Clementine Nolan and Albert Irvin Wagner. Wagner grew up in his neighborhood in Alton surrounded by his school teachers as neighbors. He began to learn to play the piano at the age of six and served as his church’s organist for fifteen years until he left his hometown to pursue his education. Wagner attended Dunbar and Douglas Elementary Schools, Elijah P. Lovejoy Middle School, West Junior High School and Alton Senior High School, all segregated except for his senior high school. Wagner went on to earn his B.A. degree in zoology from Southern Illinois University at Edwardsville. In 1966, he was drafted and served as a chaplain assistant and organist for the U.S. Army during the Vietnam War. Wagner conducted research on local lizards he found in Vietnam and sent his reports back to Southern Illlinois University. Wagner returned from his term in the service and got married in January of 1971.

Wagner started his career as a pharmaceutical sales representative for the Upjohn Company. He then decided to continue his education and earned his masters degree in hospital and health care administration from the University of Minnesota. While pursuing his masters degree, Wagner moved to California for his residency at the University of California at San Francisco. He was hired by the Health Care Financing Administration and remained there for fifteen years. Wagner left the organization as deputy associate. He then became executive administrator of Laguna Honda Hospital in San Francisco from 1988 to 1998. From 1998 to 2001, Wagner served as chief executive Officer of Community Health Network of San Francisco. In 2001, Wagner became the chief executive officer of the Hospital Systems of the San Francisco Department of Public Health. He served as CEO for two years. In 2005, Wagner became the vice president of Kaiser Foundation Health Plan, Inc.

Wagner is a member of the Board of Directors of the Longs Drugs Stores Corporation and serves as vice president for the Institute on Aging. In 2003, the City of San Francisco declared Anthony Wagner Day.

Wagner is married and has two sons. He lives in San Francisco and is an avid hiker.

See how Anthony G. Wagner is related to other HistoryMakers
Click Here To Explore The Archive Today!