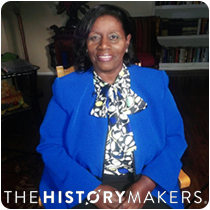 "I will bless the lord at all times and his praise will always be in my mouth."

Civilian administrator Annette Darlene Benging was born on August 3, 1963 in Oakdale, Louisiana to Joyce Grant Benging and C.J. Benging. Benging graduated from Sam Houston High School in San Antonio, Texas in 1981, and received her B.B.A. degree in Computer Information Systems in 1985 and her second B.B.A. degree in Management in 1986, both from Southwest Texas State University in San Marcos, Texas. Benging earned her M.B.A. degree in Electronic Commerce, Business from Our Lady of the Lake University in San Antonio in 2002.

Benging served as an Inventory Manager for the U.S. Department of Defense at Kelly Air Force Base, San Antonio from 1988 to 1997. She then served as Director of San Antonio operations at Dynamics Research Corporation from 1997 to 2001, where she oversaw program management, strategic planning, business development/marketing, proposal development, customer relations, budget development, staffing and administration. Starting in 2002, Benging served in several roles with the U.S. Department of Defense’s Cryptologic and Cyber System Division (CCSD) at Lackland Air Force Base in San Antonio. She first worked as a management/program analyst, where she established the contracting framework for CCSD development efforts undergoing equipment modernization, contractor support systems engineering with Command-Control-Communications-Computers Intelligence, Surveillance, and Reconnaissance (C4ISR). From 2002 to 2008, she worked as a Supervisory Program Management Analyst, responsible for workload planning, security, and public affairs. In 2016, she was promoted to Supervisory, Product Support Manager (PSM) in the Cryptologic and cyber Systems Division, where she was in command of developing Agile Product Support for the Logistics personnel.

Benging’s San Antonio-based service affiliations includes Leadership San Antonio and Leadership Texas. She serves on the Advisory Board of Women’s Educational and Healing Retreats (WEHR), and was inducted into the National Society of Leadership and Success in 2016. She also serves as the Second Vice President of Region VI for the Blacks in Government organization, strategic advisor of the Black Women’s Leadership Alliance, and on the Board of Directors of New Creation Christian Fellowship.

Annette Benging was interviewed by The HistoryMakers on June 7, 2018.