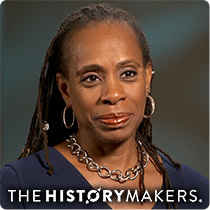 See how Anne Williams-Isom is related to other HistoryMakers

Nonprofit executive Anne Williams-Isom was born on November 17, 1964 in Queens, New York, to Edna and Atthille Williams. She attended St. Catherine of Sienna in Saint Albans, New York, and graduated from the Dominican Commercial High School in Queens, New York. Williams-Isom earned her B.S. degree in political science and psychology from Fordham University in 1986, her J.D. degree from Columbia Law School in 1991, and also studied ministry at New York Theological Seminary.

In 1986, Williams-Isom worked in community affairs for the New York Police Department in Brooklyn, New York, before being hired at Robinson, Silverman, Pearce, Aronsohn & Berman in 1991. In 1994, she joined the law firm of Kalkines, Arky, Zall & Bernstein. Two years later, Williams-Isom became the director of the Office of Community Planning and Development at New York City’s Administration for Children’s Services. She transitioned within the administration to special counsel to the commissioner. By 2006, she was promoted to deputy commissioner of community and government affairs. Williams-Isom joined the Harlem Children’s Zone as chief operating officer in 2009, and was promoted to chief executive officer in 2014.

In 1996, Williams-Isom was an Institute for Educational Leadership Education Policy fellow. Williams-Isom joined the board of the Metropolitan Montessori School in 2006, and was named an Annie E. Casey Children and Families Fellow by the Annie E. Casey Foundation the next year. She served on the advisory council for the My Brother’s Keeper Alliance and was selected for the Pahara-Aspen Education Fellowship by the Aspen Institute in 2016. Williams-Isom also joined the board of Child Trends, and Fordham University’s President’s Council in 2016. The same year, she was appointed by New York City Mayor Bill de Blasio to the New York City Children’s Cabinet Advisory Board. In 2018, Williams-Isom joined the board of the Central Park Conservancy. Williams-Isom was awarded the Young Women in Government Award from the New York City Mayor’s Commission on Women’s Issues in 1999. In 2008, she was awarded the Visionary Award by the Center for Family Representation, and later, the Public Interest Achievement Award from the Public Interest Law Foundation at Columbia Law School. In 2018, she was awarded an honorary doctorate from Fordham University’s School of Social Science.

Anne Williams-Isom was interviewed by The HistoryMakers on October 26, 2018.

See how Anne Williams-Isom is related to other HistoryMakers