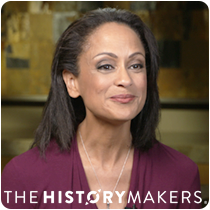 "This Too Shall Pass."

Actress Anne-Marie Johnson was born on July 18, 1960 in Los Angeles, California to Joseph P. and Ann Clay Johnson. She graduated from John Marshall High School in Los Angeles and enrolled at UCLA in the School of Theatre, Film and Television in 1978. She received her B.A. degree in acting and theatre in 1982 from the University of California, Los Angeles.

Johnson she was a contestant on popular game shows, Card Sharks and Child’s Play. She appeared on the pilot episode of Body Language, a Mark Goodson Productions game show in 1984. Johnson appeared in her first role, as Aileen Lewis on the 1984 NBC comedy series Double Trouble. That year, she made a guest appearance on the NBC sitcom Diff’rent Strokes and episodes of the serial police drama Hill Street Blues. In 1985, following a guest appearance on NBC’s cop series Hunter, Johnson was cast in the principal role of Nadine on the sitcom What’s Happening Now, airing for three seasons. She played the role of Lydia/Willie Mae /Hooker #5 in Robert Townsend’s film, Hollywood Shuffle in 1987 and the role of Cherry in Keenan Ivory Wayans’ “cult classic” film I’m Gonna Git You Sucka. She became known for portraying “Althea Tibbs” on the NBC/CBS television series In the Heat of the Night from 1988 to 1993. During the offseason, Johnson appeared in four films including Robot Jox, The Five Heartbeats, True Identity and Strictly Business. Johnson joined the cast of In Living Color, in its last season, starring in 24 episodes. A noted impressionist, she was credited for her celebrity portrayals of Oprah Winfrey, Mary Tyler Moore and Whitney Houston on the series, from 1993–1994.

Anne-Marie Johnson was interviewed by The HistoryMakers on March 1, 2018.