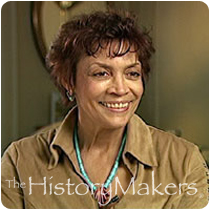 Psychologist Anne Ashmore-Hudson was born on June 23, 1942, in Atlanta, Georgia, to Willie Mae, a businesswoman, and Clifford Ashmore, executive vice principal of Grady High School. Ashmore-Hudson received his B.A. degrees in English and psychology from Spelman College in Atlanta in 1963, and his M.A. and Ph.D. degrees in clinical psychology in 1979 from the University of California, Berkeley.

A licensed clinical psychologist, Ashmore-Hudson founded, and for eight years was president, of Urban Psychological Associates in Brookline, Massachusetts, the first minority firm in the Northeast to contract with industry to provide employee assistance services. A valued member of academia, Ashmore-Hudson was a visiting scholar at the E. Franklin Frazier Institute for Social Research in the School of Social Work at Howard University, where she focused on the link between present-day psychopathology and the psychological trauma of slavery. Ashmore-Hudson also taught at San Francisco State University and Boston College, and was a visiting fellow of the W. E. B. Du Bois Institute at Harvard University from 1985 to 1987.

Ashmore-Hudson served on the boards of the Washington Ballet; the Sasha Bruce Youthworks; the Massachusetts School of Professional Psychology; the United Way of Massachusetts; and the Roxbury Community College Foundation. Ashmore-Hudson also served as the president of the Potomac chapter of Links. Ashmore-Hudson's numerous honors included receiving the Clark-Atlanta University Civil Rights Award, and being named YWCA Volunteer of the Year. Ashmore-Hudson published articles in several magazines and journals, and was a popular guest lecturer, panel participant, and media consultant.

Ashmore-Hudson was married in 1990 to James L. Hudson; the couple raised one son, Alan Poussaint, and two stepdaughters, Ayanna and Julia Hudson.