Information about Ann B. Walker 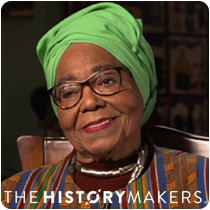 See how Ann B. Walker is related to other HistoryMakers

Radio host Ann B. Walker was born on November 1, 1923 in Columbus, Ohio. She graduated from South River High School in East Brunswick, New Jersey in 1940, and received her B.A. degree from George Williams College, in Chicago, Illinois in 1944.

She served as journalist, editor and columnist for the Ohio Sentinel, and is best known for her column “Ann Walker’s Party Line.” In the 1960s, she joined the radio station WVKO-AM in Columbus and served as assistant news director, community services director and the on-air host of the “Ann Walker Show” and “Youth Speaks”. In 1970, Walker also served as a member of the Columbus Consumer Protection Committee. In 1972, she became the on-air talent, producer and community services director for WLWC-TV in Columbus, and the first female in broadcast management at the station. In 1978, Walker was inducted into the Ohio Women’s Hall of Fame as the first woman broadcaster to report on the Ohio legislature. In 1980, Walker became the creator and host of WCMH-TV’s new public affairs program. In the same year, Walker was appointed by President Jimmy Carter as special assistant to the director of The White House Public Affairs Office. In 1991, Walker established her own company, Ann B. Walker and Associates. Then, in 2002, Walker wrote the introduction to A Piece of My Damn Mind! by Calvin H. Stillwell.

Walker received numerous acknowledgements and recognition for her contributions to the local media industry and the community. She was listed among the “Who’s Who in Black Central Ohio” in 2000. Her work is archived in the Columbus Metropolitan Library African American history collection. Her name and image are included among the honorees on the Long Street Cultural Wall in Columbus. As a lifetime member of Alpha Kappa Alpha Sorority, Walker served as the 24th Alpha Sigma Omega Chapter President in Columbus, Ohio. She also served as a ruling elder at Bethany Presbyterian Church in Columbus. In 2004, she helped established the Linwood P. Walker Scholarship, named in honor of her late husband.

Walker is widowed and has four children.

Ann B. Walker was interviewed by The HistoryMakers on November 16, 2017.

See how Ann B. Walker is related to other HistoryMakers