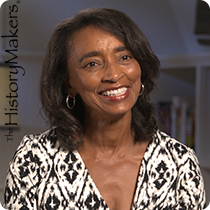 Colbert moved to Milwaukee, Wisconsin, where she was hired as a corporate lawyer for Quarles & Brady, LLP in 1985 and became a member of the Wisconsin Association of African-American Lawyers. Colbert left the firm after a few years of practice to focus on raising her family and later returned to the workforce in 2004, when she and her husband, Virgis Colbert, acquired majority ownership of Production Stamping Corporation. Colbert assumed the role of president and CEO of the Milwaukee-based metal stamping company. She and her husband also became partial owners of the Milwaukee Bucks professional basketball team after working with other to help create Partners for Community Impact.

Colbert has done extensive work in Milwaukee’s nonprofit community. She was named a trustee of the Milwaukee Public Museum Endowment fund in 2009 and became president of Jim H. Green Kidz Harbor Inc. the following year. She was an active member of the Milwaukee branch of The Links Incorporated, and served on the Milwaukee Art Museum board of trustees starting in 2011, and a frequent donor. Colbert also served as director of the Milwaukee Tennis and Education Foundation, an after school enrichment program. She served as vice president of the Milwaukee Scholars Charter School Inc., and became director the following year. She and her husband donated the largest individual gift to the Thurgood Marshall College Fund for its twentieth Anniversary Dinner Gala. Colbert and her husband also helped sponsor the Inspiring Beauty: 50 Years of Ebony Fashion Fair in 2015.

Angela Johnson Colbert was interviewed by The HistoryMakers on August 18, 2017.