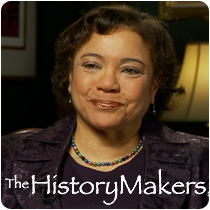 "If You Can Keep Your Head When All About You Are Losing Theirs And Blaming It On You, If You Can Trust Yourself When All Men Doubt You, But Make Allowance For Their Doubting Too."

Having served as an intern at the Charleston Gazette, she accepted a full time position as a reporter for the Huntington Advertiser and later as a news correspondent with its parent company Gannett Co. Inc. at Gannett News Service in the Washington, D.C. bureau, and later for the Rochester Times Union. She also worked for the Washington Star, and the Courier Journal of Louisville, Kentucky. In 1983, Dodson moved to the New York Times as a National Desk copy editor and was soon promoted to editor for the “Living” section and head of the Style Department. In 1992, Dodson became the first African American woman promoted to be a senior editor at The New York Times.

After leaving the New York Times in 1995, Dodson contributed articles and served as an editor for various publications, including Essence and Black Issues Book Review, before being named executive editor of the book review in 2003. In 2007, she became a freelance editor, writer and publishing consultant, contributing frequently to DIVERSE: Issues In Higher Education. Dodson has edited and ghost-written many books for major publishers and numerous self-published authors. In 2012, she founded Editorsoncall LLC.

Dodson has been a consultant for the Maynard Institute for Journalism Education and Hampton University and is the host of an award-winning radio program, Black Catholics, Yes!, for the Diocese of Trenton, New Jersey. She has taught workshops on writing and editing for many organizations including the National Black Writers Conference, the National Association of Black Journalists, the American Press Institute, the American Society of Newspaper Editors, and the Maynard Institute’s Editing Program. She has served as an adjunct faculty member at Mercer County Community College.

Dodson was honored at Marshall University as the Black Alumna of the Year in 1998 and as a Distinguished Alumna in the School of Journalism in 1989. Dodson received a Black Achiever in Industry Award from the Harlem Y.M.C.A. in 1990 and the Feature Writing Award from the New York Association of Black Journalists in 2000.

Dodson lives in Trenton, New Jersey with her husband, Michael I. Days, editor of the Daily News of Philadelphia, Pennsylvania. They have four adopted sons.

Angela Dodson was interviewed by The HistoryMakers on March 7, 2013.