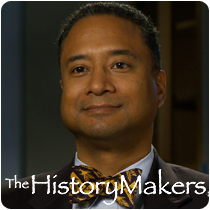 See how Andrew Williams is related to other HistoryMakers
Donate Now

In 1999, Williams was appointed as an assistant professor in the electrical and computer engineering department at the University of Iowa where he started RAMP-IT, a computer and robotics day camp for underrepresented students. After arriving at Spelman College in 2004 as an assistant professor in the computer and information sciences department, Williams founded the SpelBots, the first African American women’s competitive robotics team to compete in the international RoboCup. In 2005, his team successfully competed in the RoboCup U.S. Open and qualified for the International RoboCup championship in Osaka, Japan. Williams took a sabbatical from Spelman College in 2008 when Apple, Inc. Co-Founder and CEO Steve Jobs appointed him as Apple’s first senior engineering diversity manager. Williams returned to Spelman College from 2010 to 2012 to serve as chair of its computer and information science department. He also served as the primary co-founder on several other projects in order to broaden participation for minorities in STEM education, such as the Advancing Robotics Technology for Societal Impact (ARTSI) alliance, the Advancing Spelman’s Participation in Informatics Research and Education (ASPIRE) project, and the Computer and Robotics for African American Students (CARE) project. Williams’ book, Out of the Box: Building Robots, Transforming Lives (2009), chronicles his work in STEM education. In 2012, Williams was appointed as a tenured full professor and the John P. Raynor, S.J., Distinguished Chair of Electrical & Computer Engineering at Marquette University. He also became the founding director of Marquette University’s Humanoid Engineering & Intelligent Robotics (HEIR) Laboratory.

Williams and his SpelBots have been featured in media publications and outlets such as CNN American Morning, CBS Evening News, Black Enterprise magazine, JET magazine Ebony magazine, the Atlanta Journal Constitution, and the Atlanta Daily World. Not only was Williams individually recognized by Black Money magazine as one of the “50 Most Important African Americans in Technology” in 2010, 2011, and 2012, but he is also received the GEM Consortium Alumni Mentoring Award and the Marquette University Young Engineering Alumni Award. Williams and his wife, Anitra Williams, have three children: John Williams, Adrianna Williams, and Rosa Williams.

Andrew B. Williams was interviewed by The HistoryMakers on April 9, 2013.

See how Andrew Williams is related to other HistoryMakers
Donate Now
Click Here To Explore The Archive Today!