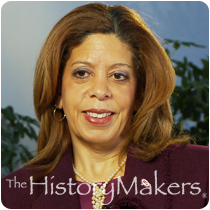 See how Andrea Zopp is related to other HistoryMakers
Donate Now

Lawyer and Nonprofit Executive Andrea Zopp was born in Rochester, New York on January 25, 1957 to Reuben K. Davis, a prominent lawyer and judge, and Pearl Greta Davis, a human resources professional. As a child, Zopp was taught the values of education, service and hard work. Zopp completed her B.S. degree in the history and science at Harvard University in 1978 and received a J.D. degree from Harvard Law School in 1981. After being licensed to practice law, Zopp worked as a law clerk for U.S. District Judge George N. Leighton.

In 1982, Zopp joined the law firm of Sonnenschien Nath & Rosenthal as a trial lawyer and litigator. In 1992, Zopp became the first woman and first African American appointed as a Cook County First Assistant State's Attorney where she prosecuted several high profile cases. From 2000 to 2003, Zopp served as executive vice president and general counsel at the Sara Lee Corporation and as president and from 2003 to 2004, general counsel of Sears Roebuck and Company. Zopp then worked as adjunct professor at several law schools including Northwestern University and Harvard Law School. In 2006, Zopp was made head of Exelon Energy Corporation's human resources division. She was promoted to executive vice president and general counsel of Exelon in 2009. Zopp left Exelon in 2010 to become president and CEO of the Chicago Urban League. In 2011, Zopp was appointed by Mayor Rahm Emanuel to the Chicago Board of Education's Board of Trustees.

Zopp has served on many boards of directors for many organizations including Chicago Area Project, Leadership Greater Chicago, Harvard Alumni Association, National Urban League, Black Ensemble Theater and the Cook County Health and Hospitals Systems. She is a member of the Black Women Lawyer's Association, Delta Sigma Theta Sorority, Inc., The Chicago Network, and The Economic Club. Zopp has served on commissions for the Review the Illinois Death Penalty Process and chair of the blue ribbon commission for Magnet and Selective Enrollment School Admissions for the Chicago Public Schools. Zopp is married to William Zopp and they have three adult children Alyssa, Kelsey, and Will.

Andrea Zopp was interviewed by The HistoryMakers on January 19, 2012

See how Andrea Zopp is related to other HistoryMakers
Donate Now
Click Here To Explore The Archive Today!