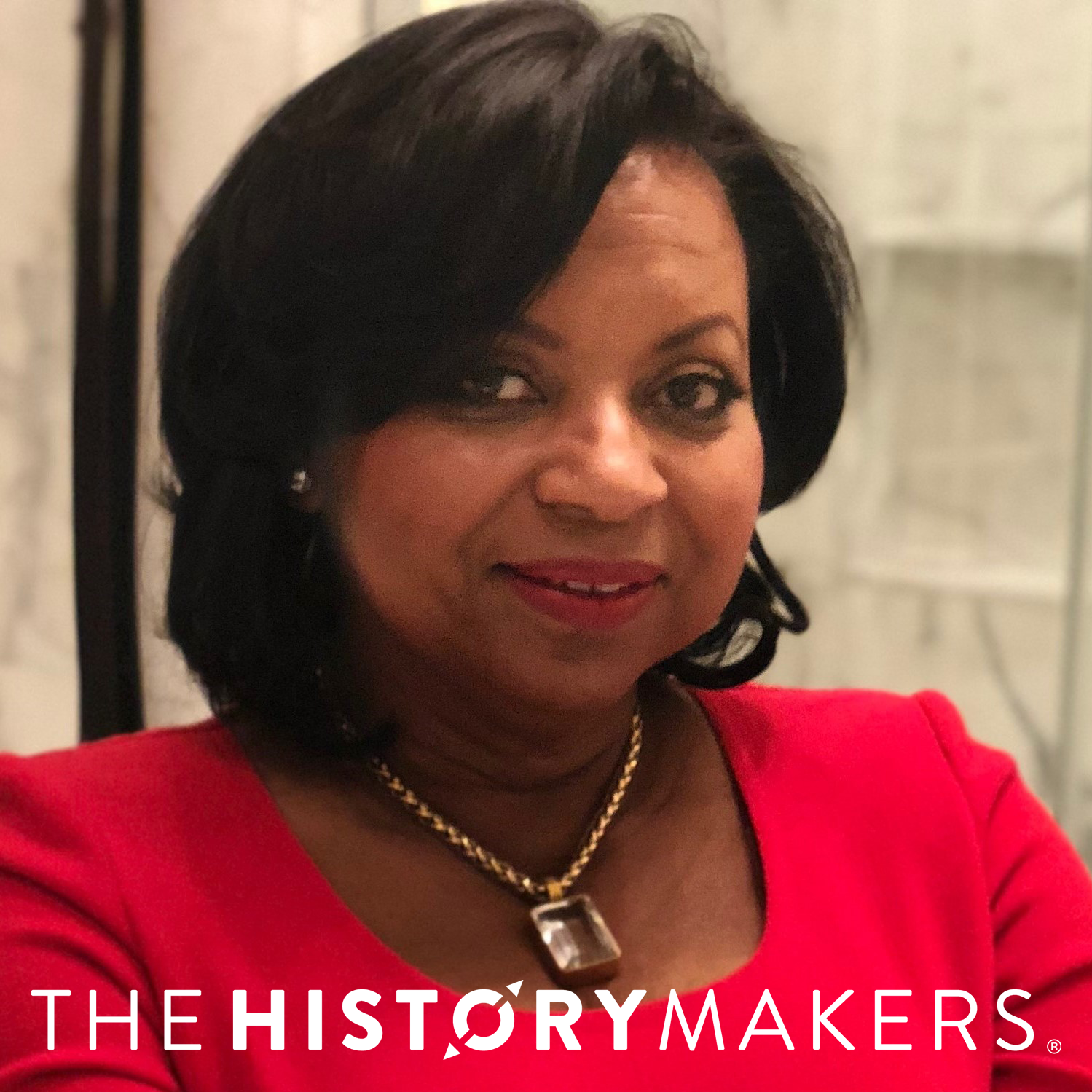 See how Andrea Frazier is related to other HistoryMakers

Civic leader Andrea Frazier was born on September 21, 1956, in Harlem, New York to Wilhelmina Young and James Wilkerson. Frazier attended John H. Finley Elementary School and Manhattanville Junior High School before graduating from Fiorello H. LaGuardia High School of Music & Art and Performing Arts in 1974, where she participated in the youth symphony orchestra. She then attended Tufts University and graduated from there in 1978 with her B.A. degree in political science with a concentration in international studies. Frazier subsequently received her M.A. degree from The City University of New York in 1980.

In 1978, Frazier was hired as a researcher at the Ralph Bunche Institute before attending graduate school. After graduation, Frazier briefly worked in the human resources department at the Bronx Lebanon Hospital recruiting and hiring various personnel. She was subsequently employed at New York University School of Law from 1981 to 1985, first as a coordinator of recruitment, pairing students with various law firms and offices, before being promoted to placement director in 1983. In 1986, Frazier was briefly employed with the law firm of Fox Rothschild as a recruitment administrator for new hires, and was later hired by Cigna Insurance to work as a program manager. In 1988, she and her husband, Kenneth Frazier, partnered with Jim Sweet to found the Cornerstone Christian Academy in Philadelphia, Pennsylvania, where she also served on the board of directors. In 1991, Frazier started her own interior design firm called “Frazier Design,” where she specialized in custom made pieces for local historical houses, including the home of Betsy Ross.

In 2012, Frazier joined the board of directors of the Vickie and Jack Farber Institute for Neuroscience at Jefferson Hospital in Philadelphia, Pennsylvania; and, the following year, she joined the board of directors of the American Heart Association to bring awareness to prevalent heart conditions in women. Frazier has also served on the advisory board for the Ellis Marsalis Center for Music located in the Musician’s Village in New Orleans, Louisiana.

Frazier and her husband have two children, Lauren and James, and reside in Newton, Pennsylvania.

Andrea Frazier was interviewed by The History Makers on June 20, 2019.

See how Andrea Frazier is related to other HistoryMakers