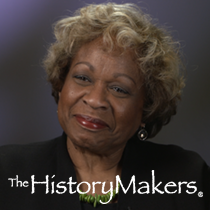 Opera singer Andrea Bradford was born on December 19, 1949 in Huntsville, Alabama, to Dr. Henry Bradford, Jr. and Nell Lane Bradford. Bradford attended St. Francis De Sales High School, an all-black boarding school in Powhatan, Virginia. She began her musical training at the age of five with the study of piano for fifteen years. A soprano, Bradford then began her vocal training in high school with Sister Mary Elise S.B.S., the co-founder of Opera Ebony in New York City. Upon graduating in 1966, she attended Oakwood College in Huntsville, before receiving her B.M. degree in vocal performance from Oberlin College Conservatory of Music in Oberlin, Ohio in 1970. She then earned her M.M.A. degree from Boston University College of Fine Arts in Boston, Massachusetts in 1973.

Bradford joined the Opera Company of Boston in 1975, touring with its founder and conductor, Sarah Caldwell, throughout New England and Europe. During this period, Bradford also performed as a soloist with the Boston Symphony Orchestra and Boston Pops Orchestra. Bradford appeared in productions of La traviata, The Barber of Seville, Madame Butterfly, Leroy Jenkins’ The Negro Burial Ground, and Three Willies. Between 1984 and 1988, Bradford worked as the manager of college recruiting for Bain & Company. In 1988, she became the vice president and executive recruiter for Isaacson, Miller. Then, in 1990, Bradford performed in the Opera Company of Boston’s production of The Balcony by Robert Di Domenica, originating the role of Chantal for the world premiere. She performed at the Bolshoi Theatre in Moscow, Russia in 1991, and in the Boston Lyric Opera production of Lost in the Stars in 1992. From 1992 to 1994, Bradford worked as the assistant director of admissions for Berklee College of Music in Boston, before serving as director of minority and multicultural affairs at Columbia Business School in New York City. She then worked as the national director of college recruiting for KPMG from 1996 to 1997. Bradford was hired as the operations administrator for West Park Presbyterian Church in 1997, as well as vice president of organizational consulting and career management at Right Management Consultants, both in New York City. Bradford went on to work for Career Central LLC from 2008 to 2009, Partners in Human Resources from 2009 to 2010, and Amnesty International USA from 2010 to 2012, before becoming director of human resources for Ms. Foundation for Women in 2012.

Andrea Bradford was interviewed by The HistoryMakers on October 3, 2016.