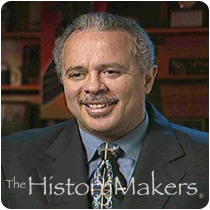 See how Andre J. Hornsby is related to other HistoryMakers
Donate Now

Andre Jose Hornsby was born on October 7, 1953, in New Orleans, Louisiana; his mother was a seamstress and his father was a carpenter and bricklayer. An early learner, Hornsby began attending school when he was just two and a half years old and was able to read at three. Hornsby's parents divorced during his early childhood and his mother moved the family to Gary, Indiana. In 1971, Hornsby earned his high school diploma from Bishop Noll Institute Catholic High School in Hammond, Indiana, where he was a star athlete excelling in football and track.

From 1995 until 1998, Hornsby served as superintendent of the South Central District of the Houston Independent School District. In this position he founded a 21st Century Laboratory School with Texas Southern University and restructured more than 200 schools in the district. In 1998, Hornsby served as superintendent of the Yonkers, New York Public School system; during his tenure, standardized test scores improved and he increased the number of reading, math, and technology programs in the school system. From 2001 until 2003, Hornsby worked as president for the National Alliance of Black School Educators, a nonprofit organization devoted to furthering academic success for the nation’s children, particularly children of African descent. In 2003, Hornsby served as supervising superintendent of Executive Leadership Development, working with district superintendents, local school boards, and communities to implement an executive leadership development program in New York Public Schools. Later that year he was hired as the chief executive officer for Prince George’s County Public Schools in Maryland.

Hornsby has received numerous awards for his educational and civic accomplishments.

See how Andre J. Hornsby is related to other HistoryMakers
Donate Now
Click Here To Explore The Archive Today!