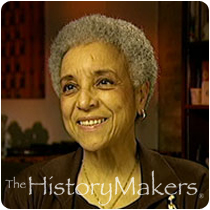 "It Doesn’t Matter, You Can’t Control What Happens To You, You Can Only Control How You Respond To It."

Civic leader Amy Tate Billingsley was born on November 29, 1936 in Chicago, Illinois to parents Herman Tate and Inez Duke Tate, who were both active leaders educational in local and international co-op communities. Billingsley’s great-grandfather, Jesse Chisholm Duke, was a prominent newspaper editor and activist in Montgomery, Alabama and Pine Bluff, Arkansas during the 1880s and 1890s; her grandfather, noted architectural engineer Charles Sumner Duke, was the first African American graduate in mathematics at Harvard University in 1905, founder of the National Technical Association in 1926, and the supervising engineer of the Public Works Administration in the Virgin Islands from 1946 to 1951.

Billingsley travelled to the Republic of Senegal, West Africa with the non-profit organization, Operations Crossroads Africa, and then worked at Harvard University’s Center for Research in the Study of Personality. In 1961, she married Brandeis University student Andrew Billingsley, becoming instrumental in his many landmark publications including the classical sociological text Black Families in White America. Her work with political campaigns, started with one candidate’s 1966 campaign for California Assemblyman, which lead to the successful political career of Congressman Ronald Dellums. Billingsley’s participation in the campaigns of Los Angeles Mayor Tom Bradley and Atlanta Congressman Andrew Young were precursors to her significant involvement in the presidential campaigns of William J. Clinton, Al Gore, and John Kerry. In the 1990s, Billingsley worked with the Clinton Administration in the White House Public Liaison Office; as Program Manager at the White House Initiative on Historically Black Colleges and Universities; and as Special Assistant to U.S. Labor Secretary Alexis Herman.

Billingsley was a founder of Black Women’s Agenda, Inc. in 1977, and has served on the board of the National Black M.B.A. Association (N.B.M.B.A.A.). In 1982, Billingsley started Amistad Associates, and since has been a consultant on national projects for clients including, marketing for Dr. Dorothy I. Height’s Open Wide the Freedom Gates: A Memoir, serving as a Regional Coordinator for The HistoryMakers, and coordinating organizational projects for Tom and Barbara Skinner’s Leadership Institute Seminars For Upper Level Executives.

Divorced in 1998, Billingsley lives in Washington, DC. She has two daughters, Angela Billingsley and Bonita Billingsley Harris, and three granddaughters.

Amy Tate Billingsley was interviewed by The HistoryMakers on April 26, 2003.