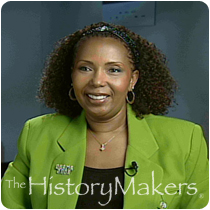 See how Amy S. Hilliard is related to other HistoryMakers

Marketing executive Amy Sharmane Hilliard was born Audrey Sharmane Amy Hilliard on August 16, 1952 in Detroit, Michigan. Hilliard received her B.S. degree (with honors) from Howard University in 1974 and her M.B.A. from Harvard Business School in 1978.

After school, Hilliard went to work for Bloomingdale’s as a member of their buying team in New York. In 1981, Hilliard joined the Gillette Company in the Personal Care Division working in Product Management. She led the team that successfully created and launched White Rain Shampoo in six months. In addition, Hilliard managed the development and execution of the multiple brand Miss America promotion during this period. By 1985, Hilliard was promoted to Senior Product Manager for Gillette at Division Headquarters in Boston, Massachusetts. She was responsible for the general management of Gillette’s largest personal care business, the $100 million White Rain hair care products franchise. In 1987, Hilliard became the Director of Marketing for the Lustrasilk Corporation (a Gillette subsidiary) in Minneapolis, Minnesota. In Minneapolis, Hilliard left Gillette in 1990 to work for The Pillsbury Company where, as the Director of Market Development, Baked Goods Division, she helped create some of the first Pillsbury Doughboy advertisements that were targeted to people of color. In 1992, Hilliard began working for the Burrell Communications Group in Chicago, Illinois as Senior Vice President and Director of Integrated Marketing Services. Burrell Communications Group specializes in developing advertising and marketing campaigns targeting African American consumers and the urban market. Hilliard then founded The Hilliard Group, Inc. in 1995 and served as its President and CEO. The Hilliard Group specialized in developing multi-cultural marketing and sales strategies for Fortune 500 corporations. In 1999, Hilliard became Senior Vice President of Marketing for Soft Sheen Products, a Division of L’Oreal U.S.A. While still working at L’Oreal, Hilliard made the decision to go into business for herself. Hilliard founded The Comfort Cake Company on February 15, 2001 and serves as its president and CEO. By 2002, The Comfort Cake Company had expanded into the Chicago Public School system cafeterias, and by 2003, Comfort Cakes were being sold on Amazon.com and in 7-Eleven stores.

Formerly an adjunct professor at DePaul University’s business school, Hilliard has lectured at leading universities including Harvard, The University of Chicago, Northwestern, Duke and UCLA. She has consulted internationally in London and in South Africa, where she presented business development opportunities to President Nelson Mandela’s cabinet. Her work has been profiled in The Wall Street Journal, Ad Age, Business Week, Working Woman, Entrepreneur Magazine, Essence, Black Enterprise, and Ebony among others. In 2005, Hilliard published a book entitled, Tap Into Your Juice: Find Your Gifts, Lose Your Fears, Build Your Dreams.

Hilliard is the proud mother of two active teenagers, Angelica and Nicholas.

Hilliard was interviewed by The HistoryMakers on July 14, 2008.

See how Amy S. Hilliard is related to other HistoryMakers
Click Here To Explore The Archive Today!