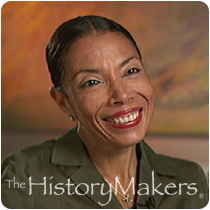 After earning her J.D., Goldson was hired by the Internal Revenue Service, where she worked in the tax court litigation division as an attorney from 1976 to 1977. Leaving the IRS, she joined the law firm of Smothers, Douple, Gayton & Long, and remained with the firm until 1983. That year, she opened up her own practice. While with Smothers, Douple, Gayton & Long in 1978, Goldson was named general counsel to the Congressional Black Caucus Foundation, which she continues to serve as today.

Goldson has been active in the civic arena, as well, having served on the board of directors of the Black Entertainment and Sports Lawyers Association, chaired the Mayor’s Committee on Entertainment, and served on the board of the Washington Performing Arts Society. Currently, she serves on the boards of the Southeast Tennis and Learning Center and Recreation Wish List. Following the passing of her husband, oncologist Alfred Goldson, in 2004, she has also become more active with cancer research and prevention.

See how Amy Robertson Goldson is related to other HistoryMakers
Donate Now
Click Here To Explore The Archive Today!