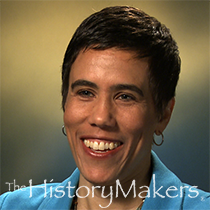 See how Alysia Tate is related to other HistoryMakers
Donate Now

Journalist Alysia Diane Tate was born on August 7, 1972 in Denver, Colorado. Her mother, Tamra Tate, was a journalist; her father, George Tate, a counselor, professor and former minister. Tate grew up in Denver, Colorado where she attended Park Hill Elementary School, Smiley Middle School, and East High School. In 1994, she graduated from Northwestern University in Evanston, Illinois with her B.S. degree in journalism.

Upon graduation, Tate was hired as a reporter for the Daily Herald in Chicago, Illinois. Then, in 1998, she moved to The Chicago Reporter, where she worked as a reporter before being promoted to senior editor. In 2001, Tate was appointed editor and publisher of The Chicago Reporter, where she led the editorial, fundraising and marketing efforts of the publication. From 2008 to 2011, she served as chief operating officer of the Community Renewal Society, a faith-based, social justice organization that publishes two independent magazines, including The Chicago Reporter. In 2013, Tate was hired as a policy advisor and speechwriter for Illinois Attorney General Lisa Madigan. In addition, she has worked as a project and communications consultant, whose clients have included the Chicago Community Trust, the Lloyd A. Fry Foundation and the University of Illinois at Chicago’s College of Education.

Tate has been active in a number of civic organizations, including the Chicago Network, Leadership Greater Chicago, and Re-evaluation Counseling, an international, volunteer-based peer counseling and social change organization. She served on the board of DePaul University’s Institute for Business and Professional Ethics, and has served on the advisory board of Illinois Issues, a public affairs magazine published by the Center for State Policy and Leadership at the University of Illinois at Springfield. Tate also served on the Local School Council of the William H. Ray Elementary School in Chicago’s Hyde Park neighborhood.

Tate has received recognition for her work including the Clarion Award from the National Association for Women in Communications; the Unity Award in Media from Lincoln University; and the Award of Excellence from the Chicago Association of Black Journalists. She was listed as one of Ebony magazine’s leaders to watch in 2008; was a Leadership Greater Chicago fellow in 2004; and was included in the 2002 “40 Under 40” listing in Crain’s Chicago Business. Tate also served as an Edgar Fellow in 2014, joining a bi-partisan group of emerging leaders exploring policy issues affecting the state of Illinois

Alysia Tate was interviewed by The HistoryMakers on October 21, 2014.

See how Alysia Tate is related to other HistoryMakers
Donate Now
Click Here To Explore The Archive Today!