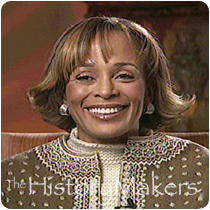 "Can You Believe That?"

Alyce Faye Wattleton was born on July 8, 1943, in St. Louis, Missouri; her mother was a traveling preacher and her father was a construction worker. While her mother traveled, Wattleton spent each school year in the care of church members in different states; before entering high school, she had not attended the same school two years in a row. In 1959, at the age of sixteen, Wattleton earned her high school diploma from Calhoun High School in Port Lavaca, Texas, where she was active in the band, the thespian club, and the basketball team.

Wattleton received her B.S. degree in nursing from Ohio State University in 1964 and went on to earn her M.S. degree in midwifery and maternal and infant health from Columbia University in 1967. Wattleton began her nursing career as an instructor at Miami-Dade Hospital in Ohio, teaching nursing obstetrics and labor and delivery; in 1970 she was named executive director of the Dayton-Miami Valley chapter of Planned Parenthood.

In 1978, Wattleton became the youngest individual at the time, and the first African American woman, to serve as president of the Planned Parenthood Federation of America (PPFA). During Wattleton’s fourteen-year tenure, PPFA became one of the nation’s largest charitable organizations. Under Wattleton’s leadership, the organization secured federal funding for birth control and prenatal programs, fought against efforts to restrict legal abortions, and legalized the sale of RU-486 (a French-made birth control pill which terminates pregnancies) in the United States.

After her resignation from the PPFA in 1992, Wattleton hosted a Chicago-based television talk show. In 1995, Wattleton became president of the Center for the Advancement of Women, an independent, nonpartisan non-profit research and education institution dedicated to advocating for the advancement of women.

Wattleton has received numerous awards and honors, including the American Humanist Award; the Congressional Black Caucus Foundation's Humanitarian Award; the American Nurses Association’s Women's Honor in Public Service; the Jefferson Award for the Greatest Public Service performed by a Private Citizen; the Fries Prize, for service to improving public health; and the PPFA’s Margaret Sanger Award. Throughout her career, Wattleton has been awarded fourteen honorary degrees. In 1993 Wattleton was inducted into the National Women’s Hall of Fame, and in 1996, published her memoir Life on the Line.