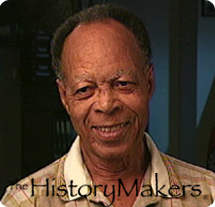 "Be Yourself at All Times."

Alvin Little, head waiter, letter carrier and humble activist was born on May 10, 1926 in Bradenton, Florida. In August of 1942, with the beginning of World War II, he dropped out of high school and entered the United States Navy. There, he became a Motor Machinist Mate 3rd Class on the cargo ship, Boston College in the North Atlantic. Little had no trouble in the Navy, despite the fact that the armed forces were not integrated until 1948. He was discharged in December of 1945 and returned to Florida. There, in 1947, he graduated from Bradenton's Lincoln High School.

He went on to attend Bethune-Cookman College. His education was interrupted when he married and started a family. To support his household, he worked as a waiter for a number of Florida restaurants and resorts. In 1962, he worked as the head waiter at New York-based, William Talleyhouse Cafeteria. When this establishment refused to serve black people, Little and his crew threatened to quit until the place was integrated. It was the first integrated restaurant in Bradenton. Little was hired by the United States Postal Service in 1964; retired as a letter carrier, he later worked as a Certified Nurses Assistant in Bradenton.