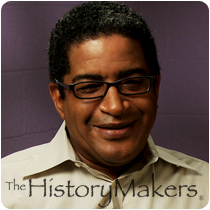 See how Alvin Kennedy is related to other HistoryMakers
Donate Now

Chemist and chemistry professor Alvin P. Kennedy was born on June 1, 1955, to Helen Augusta Kennedy and Amos Paul Kennedy. He grew up in Grambling, Louisiana, where he attended Grambling Laboratory School and later Grambling High School. Kennedy attended Grambling State University during which time he participated in several research internships, graduating with his B.S. degree in chemistry in 1978. He pursued graduate studies at the University of California, Berkeley with funding from an AT&T Bell Labs fellowship. His graduate research focused on the development of chemical lasers and the kinetics associated with spontaneous reactions. Kennedy received his Ph.D. degree in physical chemistry in 1985.

After graduating from the University of California, Berkeley, Kennedy was hired at Dow Chemical Company as a senior research chemist in central research, where he developed new polymer systems for microelectronic applications. He also produced sixteen internal publications and was promoted to project leader in central research at Dow in 1989. In 1991, Kennedy was appointed assistant professor of chemistry at North Carolina A&T State University, and in 1996, he was promoted to associate professor. He also received a NASA (National Aeronautics and Space Administration)/ASEE (American Society for Engineering Education) Research Fellowship at the Marshall Space Flight Center in 1997. In 2000, Kennedy joined the faculty at Morgan State University as associate professor of chemistry and chair of the chemistry department. Kennedy has been a tenured professor at Morgan State University since 2002.

Kennedy received several patents throughout his career including two patents on laminates of polymers in 1993 and 1995. In 1998, he patented the Resin transfer molding process for composites. Kennedy has been the recipient of several honors including his 1998 appearance in Who’s Who Among America’s Teachers and his 2008 Henry McBay Outstanding Teacher of the Year award from the National Organization of Black Chemists and Chemical Engineers. He is married to Sharon Kennedy and has three children from a previous marriage.

Alvin Kennedy was interviewed by The HistoryMakers on July 15, 2010.

See how Alvin Kennedy is related to other HistoryMakers
Donate Now
Click Here To Explore The Archive Today!