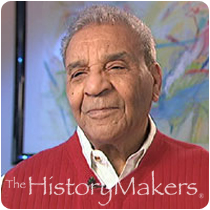 See how Alvin J. Boutte, Sr. is related to other HistoryMakers

Alvin J. Boutte, Sr., was born in Lake Charles, Louisiana, on October 10, 1929. One of eight children born to a seamstress and gardener, Boutte attended Xavier University in New Orleans, earning his B.S. degree in 1951.

Two years after leaving Xavier, Boutte became president and owner of Independent Drug Stores. In 1964, Boutte co-founded Independence Bank in Chicago where he began serving as vice chairman; in 1970, he became the CEO and chairman of the bank. That same year, Boutte was named CEO of Drexel National Bank, and both institutions were put under the umbrella of Indecorp, the largest African American-owned financial institution in the United States. With Boutte serving as CEO of both banks, he was also appointed president and CEO of Indecorp; he remained in this role until his retirement in 1995.

Boutte served on the boards of directors of other organizations, including twenty years on the board of Chicago Metropolitan Insurance Company; twenty-three years on the board of Johnson Products; and eleven years with Midway Airlines. Boutte also served as president of the Small Business Administration, and was a member of the Chicago Board of Education. The Chicago Urban League named Boutte its Man of the Year in 1971, as did the Chicago Economic Development Corporation. Black Enterprise honored him in 1990 for his commitment to African American business and economic growth. Longtime residents of Chicago, Boutte and his wife, Barbara, raised four children.

Boutte was interviewed by The HistoryMakers on March 6, 2003.

See how Alvin J. Boutte, Sr. is related to other HistoryMakers
Click Here To Explore The Archive Today! 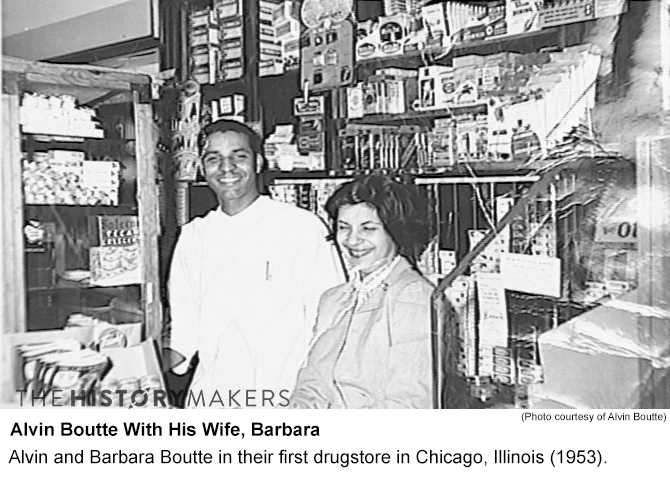 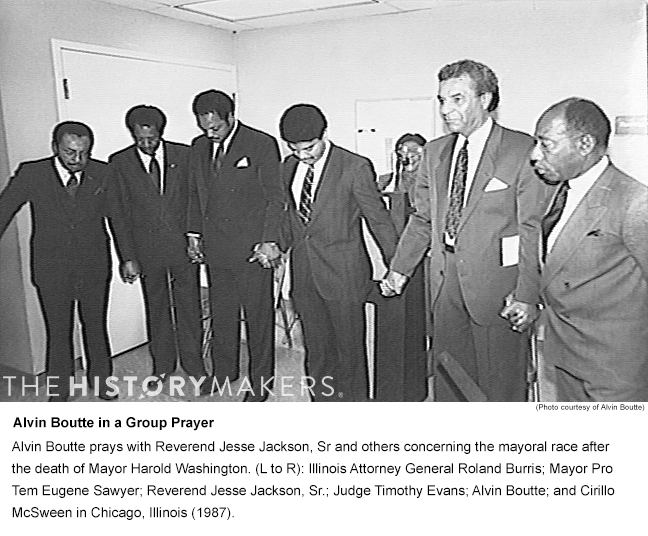