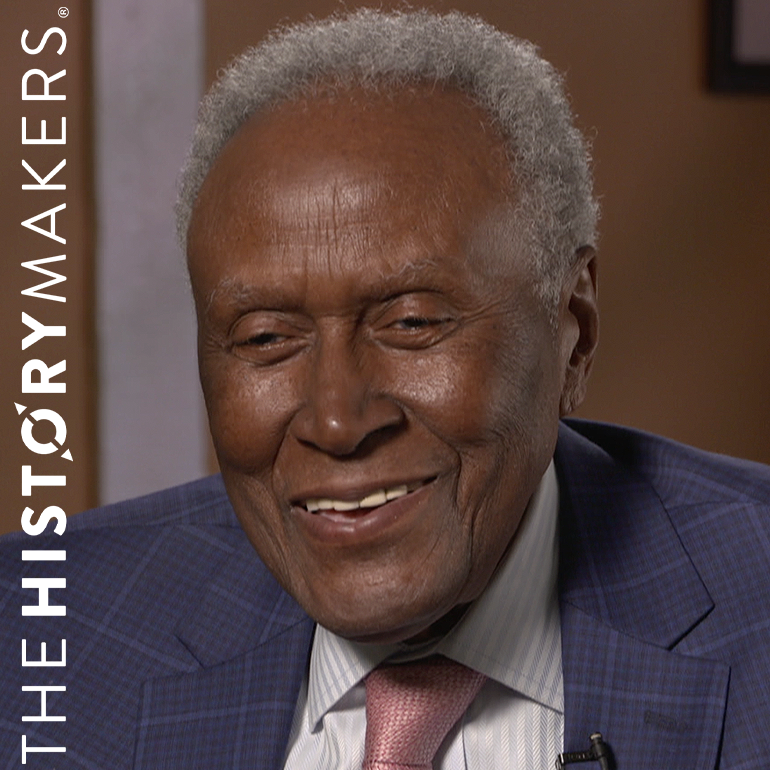 "I've Only Just A Minute, Only Sixty Seconds In It. Forced Upon Me, Can't Refuse It, Didn't Seek It, Didn't Choose It, But It's Up To Me To Use It. I Must Suffer If I Lose It, Give An Account If I Abuse It, Just A Tiny Little Minute, But Eternity Is In It - Dr. Benjamin E. Mays"

Political and civic leader Alvin L. Brooks was born on May 3, 1932 in North Little Rock, Arkansas to Thomascine Gilder and Wilbur Herring. He was adopted by Estelle and Cluster Brooks, and they moved to Kansas City, Missouri. Brooks attended Dunbar Elementary School, R.T. Coles Vocational High School, and Lincoln Junior College. He went on to receive his B.A. degree in history and government in 1959 and his M.A. degree in sociology in 1973, both from the University of Missouri-Kansas City.

From 1954 to 1964, Brooks served as a district police officer and later a detective with the Kansas City Police Department. In 1964, he left the police department and joined the Kansas City School District as a home school coordinator in the department of pupil services. After one year, Brooks joined the staff of the division of urban education as coordinator of parent, student and community interpretation. In 1968, after Kansas City's riot, Brooks was appointed to organize the first Kansas City Human Relations department and became the first Black department director in Kansas City government. Brooks served as human relations director until 1972, when he was appointed assistant city manager, where he served until 1991. In 1977, Brooks founded the grass roots, community-based organization the AdHoc Group Against Crime (AdHoc) in response to violent crimes in the African American community, where he became director in 1991. Brooks was later appointed by President George H.W. Bush to a three-year term on the President's National Drug Advisory Council. In 1999, Brooks was elected to the Kansas City council representing the 6th District At-Large and was appointed mayor pro-tem. He was re-elected in 2003. In 2010, he was appointed to the Kansas City Police Department's Board of Police Commissioners, and served as president for two years, before being elected as a director on the Hickman Mills C-1 School Board.

In 1976, Brooks was appointed to serve as chairperson on the Missouri Human Rights Commission. From 1980 to 1986, he served on the Missouri Supreme Court Advisory Committee. He is a lifetime member of the NAACP.

Brooks was named one of America's 1,000 Points of Light by President George H.W. Bush in 1989, and an Outstanding Kansas Citian by the Native Sons and Daughters in 2017. He received the Carl R. Johnson Humanitarian award from the NAACP in 2001, the Annual Peace Award from the Crescent Peace Society in 2007, the Harry S. Truman Service Award from the City of Independence in 2016, and the Kansas Citian of the Year Award by the Greater Kansas City Chamber of Commerce in 2019. He has received honorary degrees from Park University, Rockhurst University, University of Southern Missouri, and William Jewell College. In 2016, the Kansas City council declared May 3rd as Alvin L. Brooks Day.

Alvin Brooks was interviewed by The HistoryMakers on November 5, 2019.