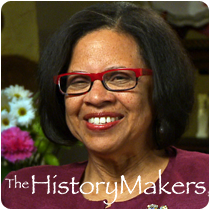 Favorite Color:
Red
Favorite Food:
Vegetables
Favorite Time of Year:
Spring
Favorite Quote:
You Should Always Have A Dollar For The Robber. If You Don’t, He Will Kill You.

Favorite Color:
Red
Favorite Food:
Vegetables
Favorite Time of Year:
Spring
Favorite Quote:
You Should Always Have A Dollar For The Robber. If You Don’t, He Will Kill You.

See how Almeta Cooper is related to other HistoryMakers

General counsel Almeta Cooper was born in 1950 to her mother Patricia Carter Cooper and her father. She attended Wells College in Aurora, New York, graduating with her B.A. degree in 1972. She then attended Northwestern University School of Law in Evanston, Illinois earning her J.D. degree from there in 1975.

Cooper went on to pursue a career in health law. She began her work as assistant director of health law at the American Medical Association (AMA) in 1977. She then worked as legal counsel for Meharry Medical College in Nashville, Tennessee in 1982, MCP Hahnemann University in Philadelphia, Pennsylvania in the mid-1980s, and the Ohio State Medical Association in Columbus, Ohio in 1999. In the early 2000s, Cooper became Associate Vice President for Health Sciences and Associate General Counsel for Health Sciences at The Ohio State University Medical Center in Columbus, Ohio. In 2014, she became the senior vice president, general counsel and corporate secretary for Morehouse School of Medicine. She has been very involved in the American Health Lawyers Association (AHLA) since 1980, serving as the first African American woman president of the organization in 2003 among many other leadership roles. In 2012, Cooper was named a fellow of the AHLA in order to continue her contribution to the association. She is also an active member of the American Bar Association (ABA) and sits on a program committee for the Physician Legal Issues Conference and chairs the Public Health and Policy Interest Group. Cooper lectures regularly at law education conferences and other professional gatherings on topics such as “Medical Staff: The Fault Line between Physicians and Hospitals” and “How to Stay Focused on a Health Law Career.” Cooper was honored as a Mentor by the 2011 Top Corporate Counsel awards from Columbus Business First.

In addition to her health law career, Cooper was involved in numerous groups and organizations, including serving as president of the Central Ohio Links Inc. Chapter. She is also involved with Columbus Reads, the Women’s Fund of Central Ohio, and the YWCA Family Center. She was awarded the YWCA Woman of Achievement Award in 2009 to honor her commitment to her community.

Almeta Cooper was interviewed by The HistoryMakers on May 10, 2013.

See how Almeta Cooper is related to other HistoryMakers
Click Here To Explore The Archive Today!