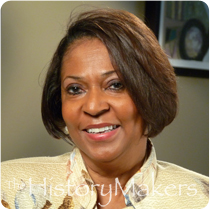 See how Alma Dodd is related to other HistoryMakers
Donate Now

Insurance executive Alma Leola Dodd was born on September 5, 1944, in Chicago, Illinois, to George and Velma Roberts. Dodd received her B.S. degree in education from Northern Illinois University in 1966. She received her M.S. degree and completed her post graduate work in education with a focus on special education, learning disabilities, and administration & supervision from Chicago State University in 1974.

Dodd began her career in education as a teacher at Woodson North Elementary School in Chicago, where she taught from 1967 through 1970. She then worked as a language arts teacher at Dixon Elementary School in Chicago from 1970 to 1975. From 1975 to 1979, she worked at Victor F. Lawson School, Center for Learning Disabilities as a teacher of reading. From 1979 to 1981, she taught reading at Gillespie Elementary School, Center for Learning Disabilities. Dodd then worked as an instructional intervention teacher for the District 17 Learning Disabilities Program in Chicago from 1981 to 1985. Dodd was promoted to District 17 Supervisor, a position in which she coordinated Chapter One Programs, and supervised 42 Chapter One programs in area schools between 1985 and 1988.

In 1988, Dodd began a new career in the insurance industry when she became part owner and operator of an Allstate Insurance Company in Calumet City, Illinois. From 1990 through 1994, her agency was recognized as the Top Allstate Insurance Agency in Illinois. Dodd is a charter member of the Windy City Chapter of The Links, Inc., and is a former chapter president. Dodd also serves on the board of directors for ETA Creative Arts Foundation, Black Creativity, The HistoryMakers, and Alpha Kappa Alpha Sorority, Inc.

Dodd has been honored as an outstanding member of the community. The organization 100 Black Men of Chicago, Inc., honored Dodd for her exemplary support of youth. In addition, Chicago Magazine recognized her as an outstanding leader in the Chicago community as part of the Marshall Field’s Project Imagine.

See how Alma Dodd is related to other HistoryMakers
Donate Now
Click Here To Explore The Archive Today!