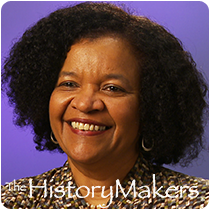 "Success Is Your Best Revenge."

Television and non-profit executive Allison Jeanne Davis was born on April 7, 1953 in New York, New York to Doris Nelson and Walter Davis. She graduated from Boston University with her B.S. degree in journalism in 1975.

Upon graduation, Davis was hired as a writer and producer for WBZ-TV in Boston, Massachusetts. In 1978, she was hired at KDKA-TV in Pittsburgh, Pennsylvania, where she worked as an on-air reporter. From 1981 to 1998, Davis was employed at NBC, where she served as a writer-producer and as an executive producer for NBC News and MSNBC.com. At NBC, Davis built the original team of “cyberjournalists” overseeing the first original news content on the internet. She also helped launch MSNBC and, from 1994 through 1997, she served as the first executive producer of MSNBC on the Internet. Davis developed, wrote and produced The Scholastic-NBC News Video from 1993 until 1997. She also worked as a writer and producer for NBC News’ Today, as well as a producer for the NBC News broadcasts Monitor, First Camera, and NBC Nightly News.

From 1998 to 2004, Davis served as senior vice president/creative of CBS and Dunbar Productions. At CBS, she created and executive produced the public television series “The Reading Club”. Then, from 2004 until 2009, Davis worked as vice president, chief operating officer, and special assistant to the Jackie Robinson Foundation's chief executive. In 2008, she founded Coopty Productions, which provides organizations with video production services. Davis was then appointed director of communications and media at New York’s Riverside Church in 2009, and, in 2011, she returned to the Jackie Robinson Foundation, where she was hired as director of communications and worked on the promotion for the Jackie Robinson movie 42. Davis has also been an adjunct professor at CUNY’s Graduate School of Journalism, Howard University’s School of Communications and the City College of New York.

Davis was a founding member of the National Association of Black Journalists, where she served as its first parliamentarian, and later as its vice president. She was also on the founding board of the National Visionary Leadership Project, an oral history project established by Camille Cosby, and serves on the board of Poets & Writers.

Davis has received numerous awards and honors, including two Women in Communications Awards and several Emmy nominations. She also received Boston University’s Distinguished Alumni Award in 2009, has received the University’s Alumni Award for Service to Profession twice, and has been a National News Emmys judge since 2009. Davis also contributed to the 2001 book Global News Perspectives on the Information Age, edited by Tony Silvia.

Davis and her husband, Robert G. Wright, live in Teaneck, N.J. They are the parents of two sons: Tyler and Cooper.

Allison Davis was interviewed by The HistoryMakers on January 13, 2014.