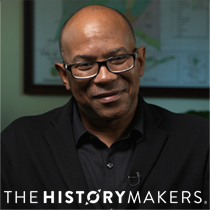 See how Allen Warren is related to other HistoryMakers
Donate Now

Municipal official Allen Warren was born on June 30, 1964 in Del Paso Heights, Sacramento County, California. He attended Grant High School in Sacramento, where he excelled as an athlete, achieving a number one ranking in the Sacramento region in three sports – baseball, basketball and football. Upon graduating in 1982, he earned his A.A. degree at the College of the Siskiyous in Weed, California, and enrolled at California State University, Hayward, where he played on the baseball team. In 1988, Warren joined the New York Yankees’ farm team system as a center fielder. Sidelined by injuries on the field, Warren decided to focus on his education, and returned to California State University, Hayward, where he received his B.A. degree in political science.

Warren completed the executive training program at Dean Witter Reynolds in New York, and worked as a stockbroker from 1991 to 1993. Utilizing a five-acre parcel his mother owned, Warren developed a twenty-six unit subdivision in the Del Paso Heights area. In 1990, he launched New Faze Development, Inc., serving as president and CEO. Warren built a portfolio of projects throughout Northern California, focusing on affordable, smart-growth projects that emphasized urban revitalization. In 2000, he began constructing the Greater Sacramento Urban League’s 28,000 square-foot state-of-the-art workforce development and training facility in the heart of Sacramento’s Del Paso Heights community. In 2008, he directed the Del Paso Nuevo housing development in North Sacramento. In 2012, Warren was elected to the City of Sacramento City Council, representing the second district. He was then re-elected in 2016 for a four-year term, and appointed to chair the new entertainment and sports arena committee (ESC) and the audit committee, among others.

Warren and his wife, Gina, have three children: Braxton, Synclaire, and Roman.

Allen Warren was interviewed by The HistoryMakers on April 4, 2018.

See how Allen Warren is related to other HistoryMakers
Donate Now