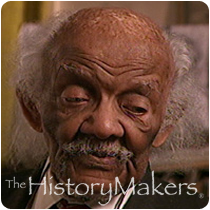 Favorite Color:
All Colors
Favorite Food:
All Food
Favorite Time of Year:
All Seasons Except Winter

Favorite Color:
All Colors
Favorite Food:
All Food
Favorite Time of Year:
All Seasons Except Winter

See how Allan Crite is related to other HistoryMakers

Artist Allan Crite was born in New Jersey on March 20, 1910. His family moved to Boston, Massachusetts, shortly thereafter. Crite’s mother, poet Annamae, encouraged her young son to draw as a means of keeping him busy. Crite’s work attracted the attention of his fifth-grade teacher, who suggested he enroll in Boston’s Museum of Fine Arts’ Children’s Art School. Crite credited his mother and teacher as the strongest influences in his life.

After graduating from high school in 1929, he won a scholarship to the School of the Museum of Fine Arts. Crite spent a year as a Works Projects Administration artist in the 1930s. In 1940, Crite took a job as an engineering draftsman with the Boston Naval Shipyard, where he sketched ships and illustrated machines at Boston Yard for thirty years.

Crite’s work can be categorized into three basic themes: Negro spirituals, religious themes that emphasize non-European aspects of the Bible and general African American experiences. He always used his art to teach, for both religious and historical reasons. Crite contributed to the African American art scene in Boston by creating the Artist’s Collective, a forum for emerging African American artists.

Crite was a prolific artist and his work can be found in the Museum of Modern Art, Phillips Collection, Corcoran Gallery, National Cathedral, Smithsonian Institute, Art Institute of Chicago, Museum of the National Center of Afro-American Artists and the Museum of Fine Arts. He authored several books, received numerous honorary degrees and lectured widely.

See how Allan Crite is related to other HistoryMakers
Click Here To Explore The Archive Today! 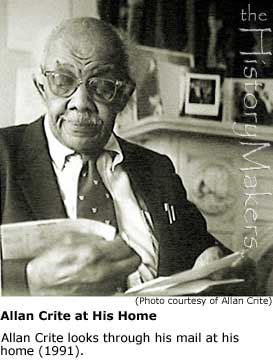 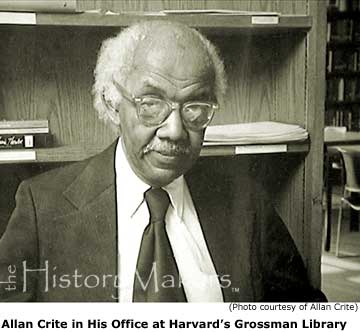