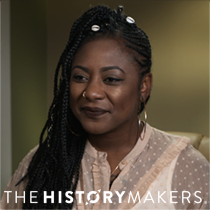 Civic leader Alicia Garza was born on January 4, 1981 in Los Angeles, California. She received her B.A. degree in anthropology and sociology in 2002 from the University of California, San Diego.

Following graduation, Garza held various social-justice positions. In 2009, she served as executive director for People Organized to Win Employment Rights/POWER for the San Francisco Bay Area. In 2011, she was elected board chair for Right to the City Alliance/RTTC in Oakland, which fought gentrification and police brutality. In 2013, Garza was a co-founder of the Black Lives Matter movement, an activist movement focused on campaigns against violence and systemic racism towards African Americans. Garza joined the National Domestic Workers Alliance in Oakland, California as its director of special projects. In 2018, Garza founded the Black Futures Lab, which invites black people to experiment with new ways to build independent, progressive black political power. As the Strategy & Partnerships Director for the National Domestic Workers Alliance, Garza worked to build a movement at the intersections of race, gender, and the economy.

She has served as a board member of Forward Together's Oakland branch, Black Organizing for Leadership and Dignity, and Oakland's School of Unity and Liberation/SOUL. Her editorial writing has been published by Time, Mic, Marie Claire, Elle, Essence, The Guardian, The Nation, The Feminist Wire, Rolling Stone, HuffPost and Truthout.

Garza has received numerous awards and recognition. She was ranked #3 on the Politico50 2015 guide to Thinkers, Doers, and Visionaries with Patrisse Cullors and Opal Tometi; the Root’s 2016 100 list of African American Achievers between the ages of 25 and 45; 2016 Glamour Women of the Year Award; 2016 Marie Claire New Guard Award; Community Change Agent at the 2016 Black Entertainment Television’s [BET]’s Black Girls Rock Awards; Fortune Magazine’s 2016 list of the World’s Greatest Leaders; and was a member of the 2016 Tribunal of the US Black Women’s Truth and Reconciliation Commission held at the United Nations; and the Local Hero award from the San Francisco Bay Guardian. She has been twice honored by the Harvey Milk Democratic Club with the Bayard Rustin Community Activist Award for her work fighting racism and gentrification in San Francisco. She has also been honored by the Jeanne Gauna Communicate Justice Award from the Centre for Media Justice. In 2017, she and the other Black Lives Matter co-founders Garza, Patrisse Cullors and Opal Tometi were awarded the Sydney Peace Prize in Sydney, in Australia. On May 26, 2017, Garza delivered a commencement speech, which was dedicated to black women, to 35,000 San Francisco State University Graduate students. Garza was named one of the 100 Women We Love named by GO Magazine in 2018

Alicia Garza was interviewed by The HistoryMakers on April 2, 2018.