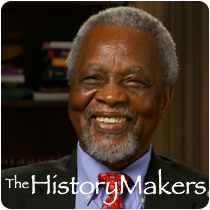 See how Alfred Msezane is related to other HistoryMakers
Donate Now

Msezane started his long career as a college professor at the University of New Brunswick in 1973 and became a physics instructor in 1976. Msezane immigrated to United States from Canada to complete his postdoctoral research at the Georgia State University in 1974. From 1978 to 1980, he served as a visiting professor at Louisiana State University. In 1980, Msezane joined the faculty of Morehouse College as an assistant professor of physics. He left Morehouse College in 1983 to become a professor at Atlanta University and served as chair of the physics department from 1986 to 1989. In 1988, Atlanta University merged with Clark University to become Clark Atlanta University, and Msezane remained on as a professor of physics. Msezane is the director of the Center for Theoretical Studies of Physical Systems (CTSPS) at Clark Atlanta University. His research team investigates mathematical physics theory, solid matter, and image processing. Msezane’s research on electron interaction with matter and electron configuration within the atom has resulted in over 260 research papers published in scholarly journals.

Msezane is also a member of several professional societies, including the American Physical Society (APS) and the National Society of Black Physicists (NSBP). Msezane was awarded an Honorary Doctorate of Science degree from the University of Fort Hare (South Africa) in 1998, and is a recipient of the World University Service Scholarship.

Alfred Msezane was interviewed by The HistoryMakers on December 11, 2012.

See how Alfred Msezane is related to other HistoryMakers
Donate Now
Click Here To Explore The Archive Today!