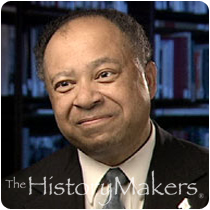 Engineer and airplane pilot Alfred Brothers was born on December 14, 1942 in Boston, Massachusetts to Alfred S. Brothers, Senior and Edith Irene Yates. His father served as a combat engineer in the black 366th Infantry Regiment during World War II while his mother stayed home to care for the family. Brothers graduated from Boston Latin School in 1960 and enrolled in Boston University's College of Engineering. While at Boston University, Brothers became a cadet in the Air Force Reserve Officers' Training Corps. After graduating in 1964 with a B.S. degree in engineering and the rank of second lieutenant, Brothers joined the United States Air Force, where he served for the next twenty-two years. Brothers began his Air Force career flying B-52 planes in the Vietnam War and became one of the youngest aircraft commanders in the strategic air command.

In 1972, Brothers used his engineering education and served in the foreign technology division of the Air Force at the Wright-Patterson Air Force Base in Dayton, Ohio. Brothers was then assigned as a detachment commander to a new ROTC program at Wright State University in Dayton. Brothers focused on encouraging the development of African American engineering students and pilot candidates. During his tenure, the graduation and commission rates for students in the Air Force ROTC increased by 90%. After retiring from the Air Force in 1986, Brothers moved to Fort Wayne, Indiana to work as an engineer for Magnavox, now the Raytheon Company. Brothers was promoted from engineer to program manager where he was responsible for the technical direction and management of a program. He was in charge of attaining financial and schedule goals for particular government programs. Always interested in continuing his education, Brothers obtained his Ph.D. degree in business administration at age sixty from Century University.

In addition to his professional activities, Brothers was an active volunteer with the Boy Scouts of America and became president of the Boy Scouts Council, the first African American to be council president. The council involved eleven counties and about 14,000 kids and 4,000 adults. Brothers sat on numerous boards including the board of the African/African American Museum and Historical Society in Fort Wayne, Indiana.

Alfred S. Brothers, Jr. was interviewed by The HistoryMakers on July 30, 2002.