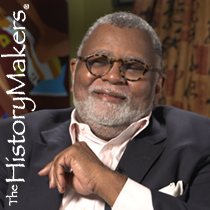 See how Alexander Smalls is related to other HistoryMakers
Donate Now

Restaurateur and opera singer Alexander Smalls was born on February 7, 1952 in Spartanburg, South Carolina. He graduated from Spartanburg High School in 1970, and enrolled at Wofford College before transferring to the University of North Carolina School of the Arts, where he received his B.F.A. degree in opera in 1974. He then attended the Curtis Institute of Music in Philadelphia, Pennsylvania between 1974 and 1977.

Upon graduation, Smalls, a classically trained baritone, toured professionally as an opera singer. As a member of the Houston Grand Opera, he performed in the George Gershwin opera Porgy and Bess, which earned Grammy and Tony Awards in 1977. Smalls studied opera and culinary arts in Europe; upon returning to the United States in the late 1970s, he founded his own catering business, Small Miracle. In 1994, Smalls launched his first restaurant, Café Beulah, in New York City, specializing in Southern Revival cooking that combined Gullah and international cuisines. Then, in 1996, Smalls opened Sweet Ophelia's, a casual dining venue featuring late-night, live entertainment in New York City’s SoHo neighborhood. He went on to open The Shoebox Café, an upscale Southern bistro in New York City’s Grand Central Terminal; however, the restaurant closed in 2001 in the aftermath of 9/11. Smalls founded a second catering business, Smalls & Co., which served a celebrity clientele that included Denzel Washington, Spike Lee and Toni Morrison. In 2012, Smalls established Harlem Jazz Enterprises; and, in partnership with Richard Parsons, opened two restaurants in Harlem in 2013: Minton’s and The Cecil.

Smalls has appeared on television on NBC, CNN, ABC, CBS, and the Food Network, among others. He also served as a contributor to Food & Wine, The Washington Post, the New York Times, the New York Daily News, the Atlanta Journal-Constitution and Crain's New York Business. Smalls authored the memoir and cookbook Grace the Table: Stories and Recipes from My Southern Revival, which features a foreword from jazz musician Wynton Marsalis.

Smalls was the recipient of the Legacy Award given by Amsterdam News in 2014, and the C-Cap Honors Award given by C-Cap in 2015. He joined the board of the Harlem School of The Arts in 2014, and served as board chair of director of Opus 118 Music School from 2007 to 2009.

Alexander Smalls was interviewed by The HistoryMakers on September 20, 2016.

See how Alexander Smalls is related to other HistoryMakers
Donate Now