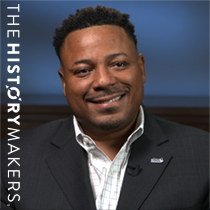 "You May Not Win, But You Can Still Fight."

Chef Alex Askew was born on August 16, 1967 in Brooklyn, New York to Caroline Butler Askew and Aulander Askew, Sr. At the age of fourteen, he received his first job offer as a personal chef through a high school vocational work program; and after six years of working in a variety of restaurants in and out of New York City, he decided to attend the Culinary Institute of America and graduated in 1989.

With a focus on eating lifestyles and trends in new menu alternatives, he began food research, development, and consulting for companies; General Mills, Hilton Hotels, Aramark Corporation, Specialty Restaurants and a host of private clients. Askew has also created one of the most unique consortiums of chefs under one group (ALS Culinary Concepts) for consulting in areas of menu development, R&D, start up operations, systems and controls, training, food manufacturing, business planning and concept development.

While working in restaurants that broadened his experience in different cooking styles as well as cuisines which included Cajun and Creole, Holistic, Latin and American fusion, Askew co-founded the BCAGlobal in 1993, which dedicates itself to Education, Awareness, and Exposure for young minority students seeking careers within the culinary and hospitality industry.

Askew has enjoyed guest appearances on Good Morning America, CBS Early Morning Show, and the Food Network. He was a 2001 Doctorate of Foodservice recipient from the North American Foodservice Equipment Manufacturers, a Distinguished Visited Chef (DVC) for Sullivan University, and 2011 Business Leader of Year from the Marcella Brown Foundation. In May 2012, he received the distinguished New York Institute of Technology Global Leadership Award and served on the American Culinary Federation as Board member Accreditation Commission. In 2014, Askew was selected as a 2014 National Kellogg Fellow in Leadership in the Racial, Equity and Healing (REH) cohort.

With over thirty-five years in the restaurant and hospitality field, Askew continues his use of knowledge and experience as a foundation for further growth and development in the best industry in the world and continues the important social change work for the advancement of people of color in the culinary arts.

Alex Askew was interviewed by The HistoryMakers on April 27, 2018.