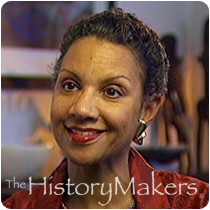 See how A'Lelia Bundles is related to other HistoryMakers
Donate Now

Award-winning news producer and author A'Lelia Bundles was born in Chicago, Illinois, on June 7, 1952. After graduating high school in Indianapolis, Bundles went on to Harvard College, earning her A.B. in 1974, and then to the Columbia University Graduate School of Journalism, earning an M.S.J. in 1976.

During her senior year at Harvard, Bundles began working at WTLC-FM as a news anchor. Later that same year she was hired by DuPont as an assistant in the public affairs department, and she remained there until 1975. Upon completing her master's degree, she went to NBC News, working as a producer for several programs across the country. In 1989, Bundles went to ABC News, where she became the Washington bureau chief and the producer of ABC World News Tonight with Peter Jennings. Currently, she works with ABC as the director of talent development.

Bundles is also the author of a book, On Her Own Ground: The Life and Times of Madam C.J. Walker, based upon the business empire built by her great-great-grandmother. Walker was born in 1867 to freed slaves and went on to create a hair-care product to enable both herself and her saleswomen to become self-sufficient. The work has earned Bundles much praise, including a 2001 New York Times Notable Book mention and the 2001 Letitia Woods Brown Book Prize from the Association of Black Women Historians. She has had articles published in a wide variety of magazines and journals as well, including The New York Times Book Review, Essence, and Fortune Small Business.

See how A'Lelia Bundles is related to other HistoryMakers
Donate Now
Click Here To Explore The Archive Today!