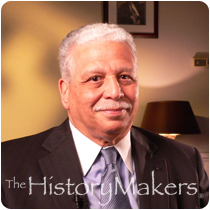 See how Alden J. McDonald, Jr. is related to other HistoryMakers

McDonald began his banking career at International City Bank in New Orleans. In 1972, he became the President and CEO of Liberty Bank and Trust company, a position that he still holds today. Since 1972, McDonald has been an active force in the New Orleans business community. In 1987, he played a central role in the establishment of the Black Economic Development Council helping many minority businesses to secure public and private contracts for goods and services. Furthermore, he has served on almost all well known professional and social boards in the New Orleans region. As both a business leader and a community leader, he has devoted his life to community development through promoting entrepreneurship, supporting civic organizations and empowering businesses and individuals. Moreover, under his leadership, Liberty Bank and Trust’s successes helped black professionals and others settle east New Orleans and established a large African American homeownership class for the first time in the city’s history.

In 2005, in the aftermath of Hurricane Katrina, McDonald led efforts toward the economic rehabilitation of New Orleans as well as his own, Liberty Bank and Trust. Katrina devastated Liberty’s headquarters, branches and spread the bank’s customers throughout the nation. Despite these obstacles, he moved back into his community to concentrate his efforts toward the economic rehabilitation of New Orleans. McDonald enacted creative policy decisions for his bank and opened new branches that helped overturn the economic downturn of the New Orleans economy, thus cutting his bank’s estimated losses dramatically.

McDonald’s Liberty Bank and Trust is one of the five largest African American owned financial institutions in the United States. The bank serves as the fiscal agent for the City of New Orleans, substantially improving the City’s cash flow and cash management practices. Furthermore, McDonald opened the Liberty Freedom Fund, the first and only mutual fund to be owned, managed and distributed by African Americans. Since its incorporation in 1972, McDonald has grown Liberty’s assets from $2 million to over $370 million.

In 2006, McDonald was named to Fortune Magazine’s highly regarded “Portraits of Power” list for 2006, extolling him for his powerful presence in the business community and his impact on the global market. He was also named to the Federal Deposit Insurance Corporation’s (FDIC) Advisory Committee on Economic Inclusion, concentrating on the expansion of access to banking services for underserved populations. In 2008, he became a Fleur-de-lis Ambassador for New Orleans, a group of New Orleans professionals that travel across America to seek additional Katrina recovery support from businesses and philanthropic organizations.

See how Alden J. McDonald, Jr. is related to other HistoryMakers
Click Here To Explore The Archive Today!