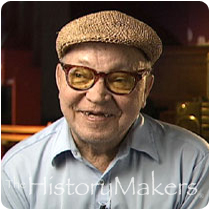 See how Albert Stiles is related to other HistoryMakers

Al Stiles was born on August 13, 1922, and raised in Tampa, Florida. He began performing at an early age with a five-member jug band. At approximately age twelve, he took a bus to New York City with a nine-year old jug band partner, Nathaniel Reese. Without their parents' knowledge, they auditioned and played on CBS Radio's Major Bowes Amateur Hour. They won the show's contest and Stiles became a professional entertainer.

Stiles performed with a vaudeville novelty and comedy act before touring with a song and dance team. In 1939, he and Reese played New York's Apollo Theater. The same year, Stiles performed at the New York World's Fair. He also performed with such stars as Josephine Baker, Duke Ellington, Charlie Parker, Ella Fitzgerald and Sammy Davis, Jr. and in such venues as the Cotton Club and the Blue Note. Stiles served in the U.S. Army and was stationed outside Ft. Wayne, Indiana..

Stiles moved to Fort Wayne and in 1971 opened Al Stiles World's Best Shoe Shine which is still the "in" place to have your shoes shined. In the 1980s, he started a program called the Talent Factory, teaching inner city youth the theater arts. Although the non-profit organization went on hiatus in the late 1990s, Stiles was planning its revival. In 2002, he released the compact disc We Can Fly, which he produced with his jazz drummer son, Ronald Stiles. The nine track compact disc features blues, jazz and 1950s-era rock sung by Al Stiles, Ronald Stiles and Herb Banks. Two songs are Stiles' original compositions. The Apollo Theater honored the contributions of Stiles by declaring him a living legend. Stiles passed away on January 2, 2014 in Carmel, Indiana

See how Albert Stiles is related to other HistoryMakers
Click Here To Explore The Archive Today! 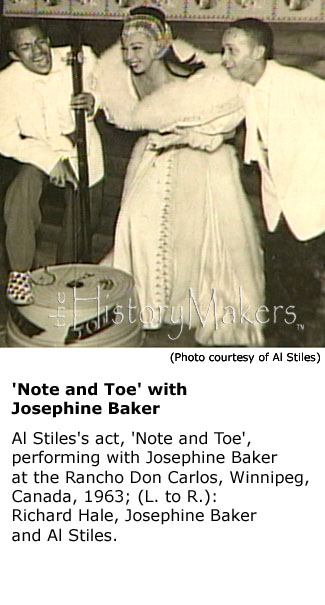