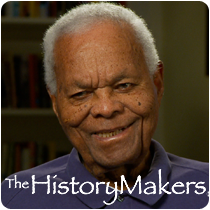 See how Albert Stewart is related to other HistoryMakers
Donate Now

From 1949 to 1963, Stewart held teaching appointments at St. Louis University, Knoxville College, and John Carroll University where he taught chemistry and physics. In 1951, Stewart began his thirty-three year long career at Union Carbide Corporation as a senior chemist in the nuclear division. In 1960, Stewart became the assistant director of research and held several leadership positions until his departure in 1984. He was appointed as an associate professor and named as the associate dean in the Ancell School of Business at Western Connecticut State University. From 1987 until 1989, Stewart served as the acting dean and remained as an associate professor of marketing. In 1999, he became Professor Emeritus at Western Connecticut State University.

In 1966, Stewart received the University of Chicago Alumni Citation Award. Stewart is a member of a number of professional and academic societies, including the Radiation Research Society, the American Marketing Association, and the American Chemical Society where he is an emeritus member. He was a fellow of the American Institute of Chemists. He has also served as an advisor, consultant and on the Board of Directors of several organizations, including U.S. Department of Commerce, NASA, and the Urban League, respectively.

Albert C. Stewart was interviewed by The HistoryMakers on March 9, 2013.

See how Albert Stewart is related to other HistoryMakers
Donate Now
Click Here To Explore The Archive Today!