Information about Albert A. Smith, Jr. 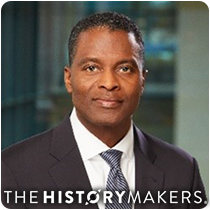 See how Albert A. Smith, Jr. is related to other HistoryMakers
Donate Now

Smith began his career at KPMG as a management consultant in systems development and later joined Lorien Systems. In 1990, he began working for Toyota Motor Company and was promoted to manager in 1993, where he later worked in the area of diversity and inclusion strategy, financial services, and corporate planning before working as a corporate manager of the commercial sales and fleet department which included Toyota Rent a Car and the Toyota Certified User Vehicles programs. In 2008, Toyota promoted Smith to the position of vice president of customer service for its Lexus division where he was responsible for all U.S. activities in the parts, service and customer satisfaction departments for Lexus. In 2011, Smith was promoted to the Toyota Financial Services division and, the following year, he became group vice president of service operations and corporate planning for both Toyota and Lexus Financial Services having overall responsibility for TFS and LFS U.S. customer services and service operations, and leading TFS’ Customer Service, Collections, Asset Protection, Central Recovery and Fraud Departments. Smith also led this company’s Diversity and Inclusion, Corporate Communications, Corporate Strategy and Corporate Social Responsibility Departments. Smith then became the group vice president of chief social innovation officer for Toyota Motor North America, Inc. in 2017, where his division comprises five business areas including; Share Impact/Philanthropy, Diversity and Inclusion, Environmental Sustainability and Multicultural Business Alliances. He also assumed responsibility for philanthropic efforts undertaken by the Toyota U.S.A. Foundation, as well as for Toyota Motor North America’s corporate diversity and environmental sustainability strategies.

Smith served as executive advisor of Toyota’s African American Collaborative, and chaired the Boy Scouts of America’s Thunderbird District, and has served as a sponsor board member of the Future Farmers of America Foundation. Smith is a member of the National Urban League Board of Trustees, the Congressional Black Caucus Foundation Board, the Executive Leadership Council, Kappa Alpha Psi Fraternity, Inc., and the Los Angeles Council on World Affairs. He also serves on the advisory council for the Congressional Hispanic Caucus Institute.

Smith and his wife, Toni Smith, have two children.

Albert A. Smith, Jr. was interviewed by The HistoryMakers on August 12, 2017.

See how Albert A. Smith, Jr. is related to other HistoryMakers
Donate Now