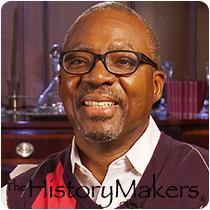 See how Al Zollar is related to other HistoryMakers
Donate Now

Corporate executive Alfred “Al” Zollar was born in 1954 in Kansas City, Missouri. He attended Paseo High School in Kansas City and then graduated from Mills High School in Millbrae, California. He went on to receive his M.A. degree in applied mathematics from the University of California at San Diego in 1976.

Zollar joined IBM Corporation in 1977 as a systems engineer trainee in the company’s San Francisco office. After working in systems engineering for ten years, he was transferred to IBM’s White Plains, New York headquarters in 1986 as a member of the corporate staff. Zollar was promoted to product manager for IBM's relational database software DB2 in 1989; and was made laboratory director at the IBM Software Group laboratory in Raleigh, North Carolina in 1993. In 1996, IBM bought software maker Tivoli and appointed Zollar senior vice president of development. He was promoted again to general manager of IBM's Network Computing Software Division in 1998; and, in 2000, was named president and chief executive officer of IBM’s Lotus Development Corporation. Three years later, Zollar left Lotus to become the general manager of iSeries, IBM's range of servers aimed at small and medium-sized companies. He then served as general manager of IBM Tivoli Software, a global, multi-billion dollar business within IBM's software division, from 2004 until 2011. Zollar retired from IBM in January of 2011 and became an executive partner of the Siris Capital Group in 2014.

Zollar has served on the boards of the Chubb Corporation and PSEG Incorporated. He is also a member of the Executive Leadership Council, and a lifetime member of the National Society of Black Engineers. He was ranked #15 on Fortune magazine’s 2002 list of Most Powerful Black Executives; named one of the 50 most important African Americans in technology by US Black Engineer & Information Technology magazine in 2004; one of the 100 most powerful executives in corporate America by Black Enterprise magazine in 2009; and one of fifty distinguished alumni of the University of California at San Diego in 2011. In addition, Zollar was a Harvard University Fellow in the 2011 cohort of the Advanced Leadership Initiative, and was issued a U.S. patent for “Trust and Identity in Secure Calendar Sharing Collaboration,” in 2012.

Alfred “Al” Zollar was interviewed by The HistoryMakers on May 9, 2014.

See how Al Zollar is related to other HistoryMakers
Donate Now